I hope you are experiencing yourself as a living expression of the Earth and the Stars today. 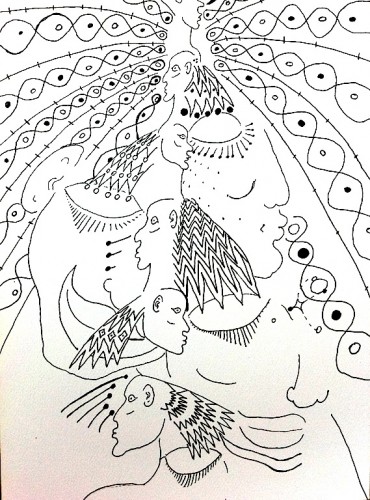 There are many changes taking place in the world right now, as I suspect you are well aware of. They include:

What Can We Do?
It is easy to become overwhelmed when looking at the scope and depth of the world situation at present. Yet, there are many simple things we can do each day that will make a huge difference if we all participate in loving and caring for Mother Earth together. Here are a few suggestions:

1. Recycle anything that is recyclable.

3. Do not purchase any product that is dangerous to the environment or your health. This will require that you enter into acts of awareness.

There are many items, such as soaps, air fresheners, drugs, commercial products etc., that are very damaging at large, yet offer what appears to be convenience or immediate gratification. Fast food restaurants are one such example. If the money spent on fast (JUNK) food each day were diverted to small local farmers, we could rehabilitate the soils in a few years and grow children with bodies and brains that work. We would see the downfall of the drug and modern medical industry as a byproduct of healthy soils, waters and foods.

4. Spend time in nature. Get to know Her. Meditate with your back against a tree and let the tree spirits talk to you. They are wise but few listen because they have their ipods stuck to their head instead. Develop a relationship with houseplants. Notice how they respond to your love and emotions – the atmosphere you create through your thoughts, words and deeds. They can teach you a lot about yourself!

5. Don’t flush toilets until they truly stink. In our house, we have a rule: If it’s yellow, let it mellow – if it’s brown, flush it down. If everyone in the world flushed the toilet one less time daily, that would save enough water to feed all the people in the world without water that day and leave plenty to use for other intelligent purposes!

6. Don’t wash your clothes until they are truly dirty. If you wash your clothes often because they stink of your own body odor, take the hint and clean up your diet and lifestyle. The sweat of healthy people doesn’t stink, it smells natural.

If you have to dowse your body in purchased scents so you feel safe to share yourself, you are only selling deception and will attract sick people that smell like plastic flowers into your life so you can experience the truth of yourself. Why not just commit yourself to healthy living and attract healthy living people into your life?

If you agree that we could save a lot of water each day by flushing the toilet less, imagine what would happen if we each did one less load of laundry a week? Not to mention the reduction in chemicals being released into the environment from all the toxic detergent soaps being used.

It is time to become mature about our spirituality and take responsibility for our own common sense. Letting others tell you what God wants is avoiding the use and responsibility for your own mind and actions. If you want to know what God wants, simply get silent inside and listen with your heart. You will learn that God wants nothing and gives everything. Before participating in any religious dogmatic practice that produces segregation among man, ask yourself, What would Love do now?

When you die, you will meet your mind. There is no escape from the actions toward yourself or others that created pain or were against life. All actions that do not allow self and others to truly L-I-V-E are by definition E-V-I-L, the inverse of life.

We must each take account for what we created in our life and the lives of others. That includes being lazy or participating in acts of stupidity. You don’t need to be a genius to know when your actions are degrading life, but you do need to be lazy and convince yourself it’s OK because so many other people are doing it.

If your body is covered in wool, I forgive your ignorance. If you have a body that looks human, you have a human brain and the responsibility of being human. That responsibility is to care for all the other life-forms that don’t get to vote. Your vote is your actions. Remember, never judge a man by the creed s/he professes, but by the life s/he leads!

When you look into the earth plane from your afterlife and see how many children are lost, confused, poisoned and dying due to the accumulated actions of others who chose to be sheep instead of intelligent human beings, the pain of empathy is likely to be so strong as to draw you back in to start cleaning up right where you left off.

Let’s all start now and celebrate life together so we can feel good about what we leave Mother Nature and our children.