Tuesday Blessings To You!

I woke up and had a lovely cold shower this morning. Much more effective than coffee for clearing the body-mind, with no negative side effects! Cheap too.

I then experienced the joy of knowing my car would start. The other day I came home with a few cases of evian (in glass) in my trunk and popped the trunk lid in preparation to unload the water. Not unusual for me, I was so happy to be home and get into my garden that I forgot I’d left the trunk lid popped.

When I got in my car to go to work Monday morning, the battery in my car had barely enough energy to start the car. I ended up letting the car sit and run in the parking lot to charge the battery, but found out that it was over the hill and needed to be replaced.

Yesterday, I tracked down a new battery but the mechanic’s shop wanted $100 to install it. I looked under the hood and couldn’t believe they wanted that much to unhook a battery and stick a new one in so I decided to do it myself.

Sadly, our tool box was stolen from the institute a while back, along with our nice air compressor and we’ve not replaced all the tools yet. I was left to a Crescent wrench, which turned out to be a very poor tool for the job.

I also found out that if you unhook the battery from an Audi, the computer shuts off many functions and has to be recoded. Therefore, I had to use jumper cables to keep the car alive with the new battery while replacing the old one, which can be a dangerous operation due to potential accidental shorting, which can fry the car’s brain and cost a LOT of money to replace.

Well, in the process of this little parking lot surgery, I had my wife’s car hooked to mine as the power source and somehow, her car got triggered and set off the emergency alarm, locking the door to her car with the keys in the ignition, running!

Vidya ended up going to my house and getting Penny’s spare key while I jumped my car and drove it to the mechanic. I found that there are some hidden bolts and plastic mounts that need to come out and require more exotic tools than I had. I then realized why they charge what they do!

After a fiasco of sorts, I got the new battery in and Penny’s keys out. Now I have a few more years of not playing with batteries, I hope.

Though the whole process was somewhat irritating, it certainly gave me plenty of opportunity to practice Tao! So many opportunities to grow each day!…

I snuck in a lovely lunge and wood chop session yesterday too. Because of my neck injury from several years ago, I’ve got to be extremely careful about putting loaded Olympic bars across my shoulders. I often have to do my lunges holding dumbbells in my hands to more evenly distribute the load through the neck and shoulder region.

After six sets of 20 lunges with 60 pounds in each hand, my hands were on fire. I coupled the lunges with 6 RM wood chops to each side and did 6 cycles. I got a great sweat and a total body workout too!

I had a lovely sun meditation this morning. As we progress into the later summer period, we have less morning fog from the ocean and I can enjoy early morning sun. I always feel lovely after a date with Father Sun in the morning.

This morning, I thought I’d share a beautiful teaching story from Rumi’s teachings with you. What I’ll now share below comes from, Selected Poems From Mathnavi, Persian – English (p. 123-5), Translated by Reynold Nicholson (ISBN: 964-6188-66-4).

This is a stunningly beautiful book that shows Rumi’s poems written in his native language with the English translations beside them. 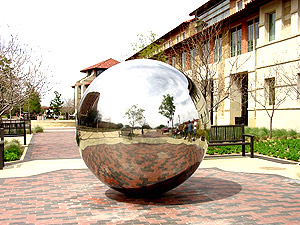 The Chinese said, “We are the better artists”; the Greeks said, “The (superiority in) power and excellence belongs to us.”

“I will put you to the test in this matter,” said the Sultan, “(and see) which of you are approved in your claim.”

The Chinese said, “Hand over to us a particular room, and (let there be) one for you (as well).”

There were two rooms with door facing door: the Chinese took one, the Greeks the other. The Chinese requested the King to give them a hundred colors: The King opened his treasury that they might receive that (which they sought).

Every morning, by (his) bounty, the colors were dispensed from the treasury to the Chinese.

The Greeks said, “No tints and colors are proper for our work, (nothing is needed) except to remove the rust.”

They shut the door and went on burnishing: they became clear and pure like the sky.

There is a way from many-coloredness to colorlessness:

Color is like the clouds, and colorlessness is a moon.

Whatsoever light and splendor you see in the clouds, know that it comes from the stars and the moon and the sun.

When the Chinese had finished their work, they were beating drums for joy.

The King entered and saw the pictures there: they removed the intervening curtain.

The reflection of those (Chinese) pictures and works (of art) struck upon these walls which had been made pure (from stain).

All that had been seen there (in the Chinese room) seemed more beautiful here: â€˜twas snatching the eye from the socket.

The Greeks, O father, are the Sufis: (they are) without (independent of) study and books and erudition (PC: book knowledge),
But they have burnished their breasts (and made them) pure from greed and cupidity and avarice and hatreds.

That purity of mirror is, beyond doubt, the heart which receives images innumerable.

That Moses (the perfect saint) holds in his bosom the formless infinite form of the Unseen (reflected) from the mirror of his heart.

Although that form is not contained in Heaven, nor in the empyrean (PC: sky or heavens) nor in the sphere of the stars, nor (in the earth which rests) on the fish (PC: Christ Consciousness),

Because (all) those are bounded and numbered -(yet is it contained in the heart): know that the mirror of the heart hath no bound.

Here the understanding becomes silent or (else) it leads into error, because the heart is with Him (God), or indeed the heart is He. 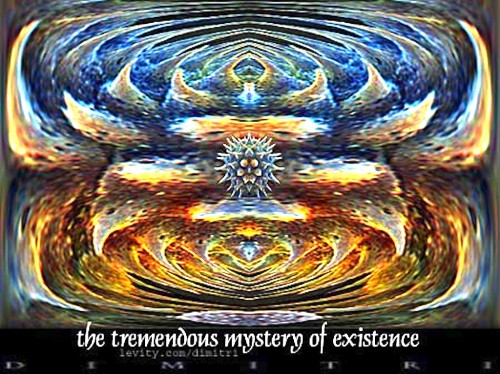 The reflection of every image shines into everlasting from the heart alone, both with plurality and without.

Unto everlasting every new image that falls on it (the heart) is appearing therein without any imperfection.

They that burnish (their hearts) have escaped from (mere) scent and color: they behold Beauty at every moment without tarrying.

They have relinquished the form and husk of knowledge, they have raised the banner of the eye of certainty.

Death, of which all these (others) are sore afraid, this people (the perfect Sufis) are holding in derision (PC: they laugh at it).

None gains victory over their hearts: the hurt falls on the oyster-shell, not the pearl.

Though they have let go grammar and jurisprudence, ye they have taken up (instead) mystical self-effacement and spiritual poverty.

Ever since the forms of Eight Paradises have shone forth, they have found the tablets of their (the Sufi’s) hearts receptive.
(They receive) a hundred impressions from the empyrean (PC: sky or heavens, the highest part) and the starry sphere and the void: what impressions? Nay (PC: Indeed), â€˜tis (PC: this is) the very sight of God.

Paul Chek’s Summary:
This is a beautiful teaching story by Rumi. He uses this story to explain the two paths of mastery. I’ve spoken of these two paths previously in my blogs as the positive and the negative.

Here, the Chinese artists, highly refined in their art (come by way of training and skillful development), represents the positive path to enlightenment by accumulation of knowledge and skill.

Their request for and use of 100 of the Kings best paints exemplify the artists means of representing what is reflected in, and by their minds. Their artistic rendition represents expression by skillful means; this is the same kind of knowledge an engineer would use to build a technical instrument or a bridge.

The Greeks (represented in the story as the Sufis; those of the mystical branch of Islam for which Rumi founded his own order called The Whirling Dervishes) chose the path of the negative – reduction.

This story of polishing the rust off the walls to the point that it reflected perfectly, as the mirror-lens of an astronomer’s telescope depicts the Sufi path to enlightenment. They do not have a book of doctrine or dogma that they follow.

Rumi stated in his teachings that to get to God, one must become a heretic; He means that no one can get to God by reading, nor following books.

When the King saw what the Sufi’s had done, all he had seen in the Chinese room seemed more beautiful here: â€˜twas snatching the eye from the socket.

The message here is that the only skill needed by the Sufi’s to out perform the best Chinese artists was that of polishing the rust away. This is metaphor for healing the ego’s shadow and becoming enlightened.

The enlightened know how to create Love, Good, Beauty and Peace the most efficient way.

Though the Chinese artists may be very evolved in their art, they remain “artists”, which says nothing of their spiritual development, and therefore, their understanding of what they are actually painting.

Rumi, in his own poetic way is informing us that the Chinese artists were painting things beautifully, but as yet did not truly know what it was that they were painting.

This is akin to saying that a medical doctor may be skilled at performing surgery or prescribing medicine, yet, at large, has no knowledge of the soul or what resides within the human being that both gives and expresses life itself.

The Sufi’s had improved upon the Chinese artisans by merely creating surfaces that both reflected their great skill, yet allowed the light to enrich and enliven it.

Additionally, the Chinese artists had created a fixed master piece, while the Sufi’s art allowed perfect reflection of any and all things carried in and by the light; this is merely a means of expressing the fact that the enlightened person’s heart perfectly reflects God’s art work and creative beauty, which emerges from the artist that never took any art lessons!

If you look into your own life at where you’ve invested your time and energy, can you honestly evaluate how much time you’ve spent learning this or that skill (getting a degree or certificate for example), which may have made you a great artist?

Now, with that same honesty, evaluate how your life would be different if the same effort would have been applied to any legitimate spiritual practice that taught you what was real, enduring, and likely to teach you how to be peaceful and present with yourself, others, and all that truly is?

Is your masters degree preparing you for death and the moment at which you look into the Divine mirror and see the face of God?

Or, will you be afraid to see what you really are because you can’t as yet imagine the Truth of yourself; you may be a great doctor, but will you even recognize Soul when exposed to Soul without the veil of ego?

Ask yourself, “How will I take a few moments each day to cultivate “awareness” of the truth of myself, others and life?”

Ultimately, your knowledge has true meaning if you unafraid to let it slip away because you’ve truly achieved Spiritual Knowing.