SERIOUS FARMING CONCERNS FOR EVERYONE!

Good Friday to You!

I hope you are all looking forward to a weekend of unbound play. I sure am ready for one! 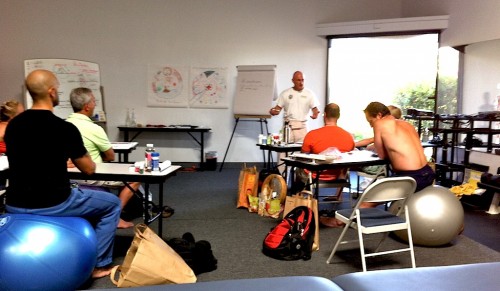 CHEK Level 4 is going beautifully. Yesterday, we spent the day reviewing and expanding on the essentials of coaching clients to health and well-being. I spent a fair bit of time teaching my students how to identify the etiology of a patient’s challenges so their coaching efforts are focused on teaching patients to alleviate their greatest stressors.

My students all practiced assessing energy fields and following their organ reflex maps to determine how much physical evidence there is for functional pathology. We looked carefully at the thoughts and emotions that are common causes of pain and dysfunction in different systems of the body based on anatomy and research.

I have worked with my students daily to reinforce the concept that they are the ultimate instrument of perception. They have all come to realize that keeping themselves healthy and balanced is the greatest gift they can give anyone in their life, including their patients/clients.

They are a very intelligent group of students with a real interest in reaching their potential as human beings. It is a great joy to work with them.

Today is our last day of course and we will review the essentials of atlas correction, infant development, and program design. Each student will be tasked with designing their own healing program based on the principles learned in CHEK Level 4.

If you haven’t already taken action to stop Monsanto’s sneak attack, both in the House Farm Bill and the Monsanto Rider in the 2013 Agriculture Appropriations Bill, click here.

Monsanto’s attacks on the law’s ability to protect farmers and consumers from unwanted, dangerous GMO contamination may be the boldest example of its power over Congress.

But there’s a lot more in the House Farm Bill that benefits biotechnology and Big Ag at the expense of family farmers and organic and sustainable food and agriculture.

PAUL CHEK’S COMMENTARY ON MONSANTO AND THIS “DANGEROUS” FARM BILL:

I suspect most of you that read my blog are already aware of my position on Monsanto and commercial farming practices.

For those that may not be, I’d like to highlight a few issues that may encourage you to participate by sharing your unwillingness to support the government’s willingness to prostitute your future to corporations with dangerous agendas that may seriously taint your children’s future!

I wrote a book that is prerequisite reading for CHEK HLC 2 students titled, Under The Veil Of Deception – What Uncle Sam Isn’t Telling You About Organic Farming.

In that book, I highlight loads of research regarding the health of the soil and its relationship to the health of humanity and the planet at large.

My research into the issues of the soil showed that we were in trouble from commercial farming practices all the way back in 1937; it was found that 61% of arable (functional) farm land in the US had already been ruined beyond repair by commercial farming.

It was also found that the average American farming family completely ruins about 7,000 acres of farmland in the course of the families life due to commercial farming practices.

It is important to note that this was before the use of dangerous farming chemicals became a common practice. The damage to the land is largely from mono-cropping (growing the same crop over and over again on the same plot of land) and over-tilling the soils.

These are practices that destroy the integrity of the soil and the microorganism population responsible for creating nutritious, wholesome foods.

In my book, I also cover some of the concerns about genetically modified crops and genetic engineering that most people are (dangerously) unaware of.

The use of GM crops could easily devastate the natural growth cycles of plants, while at the same time, creating some potentially devastating imbalances in insect populations.

Such imbalances could lead to very serious problems with plagues of insects coming to balance the soils and surrounding ecosystems. Should this occur, I can assure you the government would move to use massive amounts of chemicals to control the insects, creating even greater chemical destruction for all living creatures and humans!

GM crops typically do not seed. This engineered design makes farmers and gardeners totally dependent upon Monsanto to get seeds to plant each successive crop.

This makes ALL OF US dependent upon a large corporation for our survival, which is exceedingly unintelligent and dangerous!! This very reality lead to something like 160,000 suicides among farmers in India alone when their Monsanto crops failed, and did not bear seeds for them to try again.

The farmers didn’t make enough money to cover their base farming costs on the failed GM crops and couldn’t afford new seed, nor could they afford to farm it if they had it!

Many of these farmers are from farming families and have no other skills. They were so distressed, they killed themselves.

In the documentary titled One Man, One Cow, One Planet, a retired professor of agriculture from New Zealand decides to take his knowledge and love to India to help turn the country around after Monsanto’s ruins swept the nation.

This incredible documentary gives everyone a good basic knowledge of the dangers of commercial farming while showing what is possible for one man, and the rest of us to do for ourselves before it is too late.

I produced a video titled, Nutrition, The Dirt Facts that is available through the CHEK Institute at www.chekinstitute.com

In the video, I offer illustrated explanations of how the soil actually works and why it is absolutely essential for our physical, emotional, and mental health.

Most people that see it are quite shocked to learn how the soil actually works and the dangers associated with mismanagement of the soils.

Every man, woman and child should have this basic understanding before we are all in a very dangerous situation with worldwide food shortages.

If you can’t afford to purchase the DVD and support the CHEK Institute (so I can keep working to inform you on health and well-being), you can find me giving a lecture of the same title on my YouTube channel: https://www.youtube.com/watch?v=84otsNRkbDg

I hope you take a moment to click on the action links above and let the government know you are not willing to accept such dangerous farming practices.

We must work together to care for ourselves.

We no longer have a government. We have a corporate headquarters run by people that have not yet realized that when the food is gone, you can’t eat money!