← The Moral Landscape The Balance of Beauty →

Today, is the first day of my 2-week vacation, but I wanted to share today something that I feel is very important for everyone to know. 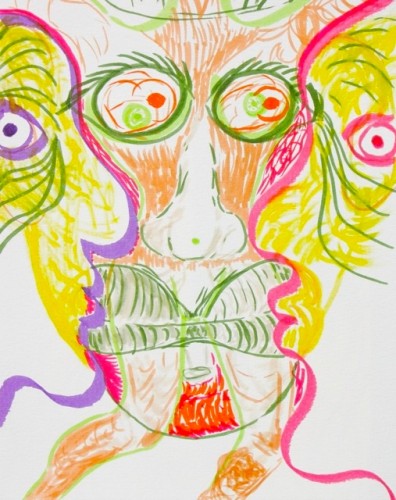 There are enough drug prescriptions in the US alone for every man, woman and child to have a fresh prescription every month of the entire year! According to articles published on Dr. Mercola’s web site pharmaceutical drugs are essentially the leading cause of death when factoring in both the reported cases and estimated unreported cases. This is a concern to me as founder of an Institute that teaches Holistic Health.

A huge number of drugs have side effects that make them dangerous when exercising, or coaching clients during exercise. Some common examples of what drugs can, and often do are:
– block proprioceptor function and therefor, increase the likely hood of falling or dropping weights on themselves
– block pain perception
– alter cardiovascular response to an exercise load
– mask pain; we need an authentic read on a patient’s pain or we can induce serious damage with exercise and even joint mobilization!
– alter mood, motivation and cognition, which can make patients/clients much more challenging to work with!
– recreate the very pain symptoms the drug is designed to (so called) treat… “Viox”…
– disrupt the autonomic and enteric nervous systems to the point of patients loosing their sense of hunger, the need for bowel and bladder relief, block one’s sense of thirst, suppress or exaggerate appetite.
– produce inflammation in gland and organ systems.
– disrupt vision
– disrupt vestibular function (causing your client to have balance challenges)
– induce psychosis (have a look, for instance, at the side effects of Zoloft, a commonly used antidepressant! Here is the Boxed Warning:

Antidepressants have been shown to increase the risk of suicidal thinking and behavior (suicidal) in short-term studies in children, adolescents, and young adults with major depressive disorder (MDD) and other psychiatric disorders. Monitor and observe closely for clinical worsening, suicidality, or unusual changes in behavior in patients who are started on antidepressant therapy. Sertraline HCl is not approved for use in pediatric patients except for patients with obsessive compulsive disorder (OCD).

According to Wikipedia: In 2007, MAO inhibitors were the most prescribed antidepressant on the U.S. retail market, with 29,652,000 prescriptions.[2]

For those of you wanting to find out what the side effects of a drug you are taking, or a drug your doctor is suggesting you take, I suggest you visit this site: https://www.pdr.net

This is one of the reasons why I repeatedly recommend to my students and clients, and choose to live the Last 4 Doctors That You’ll Ever Need! Join me in “Being” an example of glowing health grounded in my six foundational principles of breathing, hydration, nutrition, sleep, movement and positive thinking ~ we can be the influence by being the example.