The Balance of Beauty 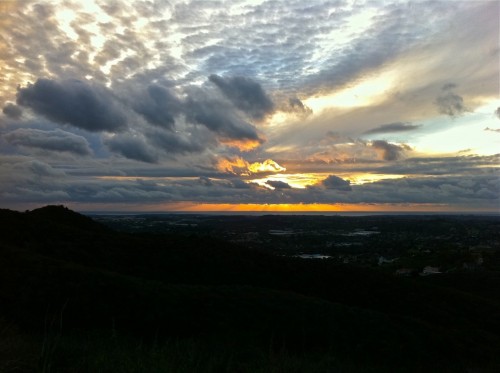 I’m enjoying my vacation very much. I’ve been doing a little video work for PPS and catching up on my reading. For my entire professional career, I’ve traveled the world visiting the best bookstores I could find, collecting great books. I’m particularly interested in quality metaphysical books simply because as the word implies (beyond physical), I’m must more interested in causes than effects; how and why do people develop self-denigrating beliefs and behaviors? Why do people repeatedly think and behave in ways that cause themselves and others pain? I suspect many of you reading my blog are CHEK Practitioners or healthcare professionals who are vibrantly aware of the challenge of getting patients to follow the very advice they pay us for!

I’ve studied the science of mind for much of my career and find it one of the most interesting and rewarding topics when helping others is the motive. Only when we understand what mind is and how it works, can we ever really understand ourselves and others. Vidya forwarded me the article below that highlights some very interesting aspects of religious memes (ideas) and how they may impact individuals and society at large. I suspect you’ll find it interesting, particularly if you’ve completed PPS Lesson 2., Managing Your Self.

The Balance Of Beauty is worth reflecting on as we enjoy Thanksgiving holiday tomorrow. How much is too much? How much is not enough? The answer to such questions is often very challenging, particularly when others depend on you, such as children. The way I engage in this challenge is to be present with my center; to the degree that entertaining any action pulls me out of my center, I become aware of what I’m about to create for myself. If the thought of my participation feels disorienting – is a deviation from what is natural or authentic – I encourage myself to slow down before making a decision that may not be an authentic expression of my true nature. Though this may require that we say “No” to ourselves or others, I find that this method of being honest with myself ultimately leaves me free inside. I know that if saying “yes” is painful to me, I can’t really be effective in a relationship if helping another to reduce their pain simply translates into pain in my life. For example, if someone who’s in the habit of inflicting pain on themselves or others asks you which arm you’d like cut off, there’s nothing in it for you either way you go. They may enjoy their fetish, but you ultimately come face to face with your inability to say “NO” when needed if you choose left, or right!

How much food is enough? At what point am I inflicting pain on the plants and animals I’m consuming that ultimately doesn’t add value to their life, or mine? How much money do I spend on Christmas presents before I’m inflicting pain on myself and supporting an idea that isn’t likely to nourish others (other than the large corporations that have capitalized Jesus!)? Truly, when you look at this photo of last night’s sunset, you can also come to the realization that overindulgence in asking questions can, and often does, kill the moment! How much of this beauty is enough? How many can’t see the beauty before us because their monkey-minds keep asking and seeking instead of BEING stillness?

Enjoy the balance of beauty, for if you can find it in the sun, the earth, the sky, it’s everywhere – therefore, any grasping is departing from presence – what IS.

Many religions offers plenty of positive incentives to their followers – the promise of life after death, for instance. But why have religions that involve self-sacrifice and punishment survived? The link between support for a religion and a willingness to inflict punishment may point to the answer.

To study this link, Ernst Fehr at the University of Zurich in Switzerland and his team enrolled 304 people, mainly students. They were sorted into pairs and played 20 rounds of a game in which the first player was shown a monetary reward and had to choose one of two ways to split it with their partner: they could either share it equally or take a greater share for themselves.

The second player then had the option of punishing the first one by deducting from their reward. Dishing out punishment came at a cost, however: the punisher lost a reward unit for each three units they deducted from their partner.

Fehr wanted to find out what motivated people to punish others. Before deciding on the punishment, the second player was subliminally shown a group of words. These either related to religion – like “divine”, “holy”, “pious” and “religious” – to secular punishment, or were neutral words like “tractor”.

After the game, all players were asked if they had donated money to a religious organization in the previous year. The team found that those who had donated – about 15 per cent of participants – exacted the most severe punishments, but only after they had been shown the subliminal religious cues. When primed in this way, this group deducted roughly three times as many points on average as other players.

“We think that the cues give them a reminder they are being watched,” says psychologist Ryan McKay of Royal Holloway University of London, who co-led the study with Fehr. “To please the supernatural agent they worship, they exact higher punishments. The other possibility is that the cued words awakened the concepts of appropriate punishment in their minds.”

McKay points out that being religious can be costly in various ways: donating money, suffering painful rites and avoiding pleasures, for example. So the team wondered how religion survived, despite these apparent costs. “The answer may be that these sacrifices enable the group to secure more cooperation. The punishing may be unpleasant but it’s in the service of the greater good for that particular group or religion, enabling them to thrive and spread the word,” he says.

Chris Frith of University College London says previous studies have shown that people will impose punishments at a cost to themselves, and that this is a powerful means of maintaining group cooperation and reducing selfish behaviour. Fehr and McKay’s study suggests religion may enhance such behaviour, Frith says, and thus have a survival value.

But other motivations are possible too, Frith adds. “Appropriate secular ideas, such as socialism should, in principle, be equally effective in priming group-oriented behaviour.”