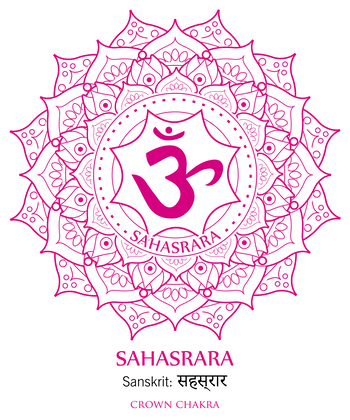 Two months ago, we started on this exploration of the Chakra system as a way to transform pain and bondage into freedom.

This week, we’re at the end of our journey with a deep dive into the Seventh Chakra — the Crown Chakra — and it’s the longest one yet!

The male/female relationships of the Chakras

Did you know the Chakra system have male and female connections?

The Root, Solar Plexus, Throat and Crown Chakras are connected with males and Sacral, Heart and Third Eye Chakras are linked to women. Both sets of Chakras spin in opposite directions too.

If you have a disruption of one Chakra, say the Root Chakra, you may tend to have stronger interactions with that specific male group. For example,  if you aren’t feeling safe or secure, you’re unable to effective express your fear via the Throat Chakra, so you’ll have a harder time resolving it, and probably feel disconnected to your larger whole too.

But, if all of your Chakras are working properly, you’re feeling safe and expressing your life force energy creatively. That also means you’re acting from your authentic self.

When you get to that place, you can more easily move past the superficial stuff and more deeply express your love to your self and others. Not to mention, you’ll be feeling a much greater connection to the whole world around you. 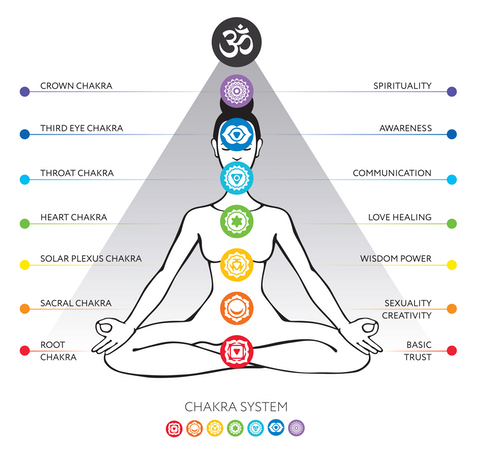 You’ll understand there’s almost nothing you can do by your self too. I love to paint, for example, but someone else makes the paint, canvasses and brushes I use.

Part of the knowledge we receive from the Crown Chakra is the realization that any one of us on our own is fairly feeble in comparison to the power we can wield when working in harmony with others to create love, safety, security, sustenance and meaning in the world.

An archetypal theme of the Crown Chakra is I am, one of the ancient questions in spiritual development with which you’re probably very familiar if you use yoga for meditation.

You answer the question I am by meditating about the answer and opening your self up to whatever rises within you. The answers you’re seeking are yours alone. (Don’t fall into the trap of thinking too much and not doing your own explorations.)

Two more themes tied to the Crown Chakra are ego and God. What do these mean for you? 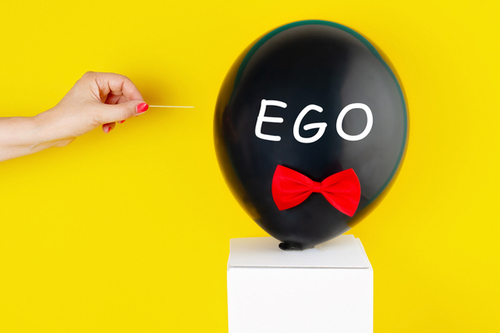 When we’re younger, immature and full of ourselves, the ego thinks it’s God, perceives that it can control everything and tries to run the show. Inevitably, that leads to all kinds of challenges with relationships and creating things. (Believe me, I’ve had my share of them!)

The ego has problems when it gets stuck in a traffic jam, a paycheck doesn’t show up in the mail or somebody doesn’t arrive on time. As we grow, however, we come to the realization there’s certain situations we get into that we can’t get out of just with the ego process.

As Einstein said, you can’t solve a problem with the same thinking that created it,. That’s where the ego creates problems…

With the Crown Chakra, now you’re looking at the big picture of who you are and the reach of your existence. At this stage, the ego begins to realize that to grow, evolve and experience the truth, it must go beyond itself.

This is when the archetype shifts from the I to the whole. One way to describe the whole is to call it God, but that just confuses too many people who have immature ideas about their God being “better” than anyone else’s.

If you’re open and growing your connection to the whole, you have a balanced Crown Chakra and probably feel connected and safe, even in very challenging or scary times.

However, if you’re stuck in a pathological way that’s damaging to you and your relationships — even with life itself — you’ll have Crown Chakra dysfunctions that will produce some not-so-great physical symptoms.

When your Crown Chakra is closed off, for example, it can leave you very blocked from your connections to life, nature and people, leaving you with not much energy to do the simplest things like making decisions or not feeling a sense of belonging, even in situations where you’re surrounded by people who care about you.

Here’s a tip: During my career, I haven’t met one person who had a Crown Chakra dysfunction and didn’t have some kind of challenging relationship in regard to their beliefs about God. 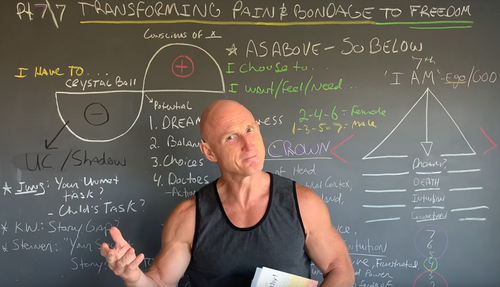 Later on in my vlog, I discuss death, the end of one thing and a transcendence to the next, the other key metaphors associated with the Crown Chakra.

More than just a physical death — a family member or pet — it can be the end of something we dearly love like a job, a relationship or graduating from high school or college.

How we handle death determines whether or not the moth grows its wings and becomes a butterfly or if hangs around too long as a caterpillar and gets eaten by a bird.

In its simplest form, would you let your child stay in the third grade forever and not advance to the fourth grade? Would you stay with the first boyfriend/girlfriend you ever dated for the rest of your life, even if your relationship wasn’t working?

If you’re seeing this for the first time and want to take advantage of the information I’m presenting here to its fullest potential, again, I strongly recommend that you start with the part 1 and do the exercises and meditations I’ve outlined in the order I’ve presented them.

In addition to my books, How to Eat, Move and Be Healthy! and The Last 4 Doctors You’ll Ever Need, the other book I recommend reading is The Book of Chakra Healing by Liz Simpson.

Not only is Simpson’s book gorgeous, beautifully written and very authentic, it’s required reading for our students at the HLC 2 level and above.

I don’t know what I will share with you next. Sometimes, I just get very still and ask the rest of you what you would like. Then, I get a feeling or intuition that I need to talk about.

And, wouldn’t you know it, many people write me saying, “Oh my God, I’m having this same problem!” That’s what intuitions are like…