Happy Monday! I hope your weekend was a lot of fun!

If you need to play catch up, here’s links to the first four parts of my Chakra series:

But before I get started on part 5…

Zen in the Garden

We’re in the planning stages for a FALL VERSION of Zen in the Garden in September. The day-long event will give you a better understanding of the four elements — earth, fire, air and water — and our relationship to them.

Our Zen in the Garden event in June was an awesome time with some wonderful people who learned how to build a water charger and work with rocks! I really hope you can make it to San Diego next month.

Look for more details, including dates and pricing very soon…

The regions of the Throat Chakra

The fifth Chakra, better known as the Throat Chakra, sits in the region of the thyroid and parathyroid (the Adam’s apple).

Any problems you experience in this part of the body are imbalances of the psychophysical energy flow. 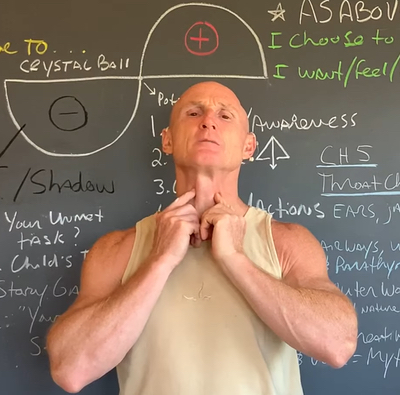 For example, it may be a physical disruption, like someone with an injured neck, who can also experience problems in the flow of psychic energy or issues of the psyche or mental/emotional issues that can lead to dysfunction.

Imagine someone who has a really hard time expressing himself/herself in a relationship receiving a massage for her/his birthday. Then, the skilled massage therapist cleans up all sorts of trigger points in that person’s neck, stretches the scalenes and sternocleidomastoid muscles, trapezius muscles, neck extensors and all of the other muscles, getting rid of a lot of soft tissue and joint dysfunction.

Suddenly, he/she can express himself/herself naturally because a change has been made in the physical structure, which is really the physical end of an energetic structure.

Think of a rainbow. At the high end, you have high vibrational energy and that’s called thought. At the low end — the red end — you have physical matter (your body).

The psyche is like a rainbow bridge ranging from that which is moving so fast it can’t be weighed or measured. At the other end is the physical body which can be weighed and measured.

Areas in the body that respond to the Throat Chakra include anything having to do with the ears, jaw, throat or mouth, neck, the airways that influence breathing and upper trapezius muscles.

Even the arms are influenced by the Throat Chakra as they’re very involved in communicating and creating. Remember you can’t do sign language or design and build a house with your feet!

The thyroid is very, very much involved in regulating your metabolic rate/metabolism. The parathyroid has a lot to do with the balance of calcium in the body which relates to our bones and engaging muscle metabolism and contraction. 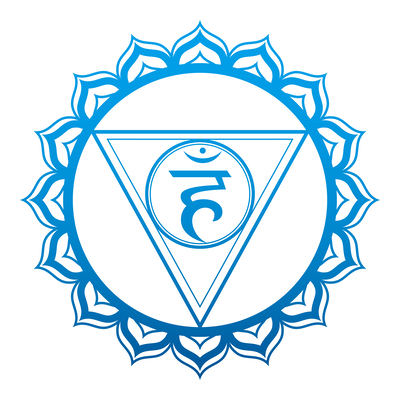 From the perspective of Carl Jung, he teaches us the same sex parent is the relationship that creates the soul bridge to the outer world.

From the time I was about seven until I left home, my stepfather filled the role of father for me. So, my relationship — how I express myself in and relate to the outer world — is influenced largely by him.

On the other hand, the opposite sex parent largely influences what Jung would call our soul nature or inner world… how we speak and relate to ourselves on the inside.

However, if that same male patient is having challenges with expressing himself in the outside world, he may need to heal a relationship with a same sex parent to discover where his blockages are.

Your ears, magic and the Throat Chakra

As I mentioned earlier, the ears play an important role in our levels of consciousness. Our ears and hearing ability come from a magical level of consciousness, which goes all the way back to pre-religious times when Shamanism would have been the equivalent of what is now called religion.

A long time ago, native people had to be very attentive to sounds and the environment to hear what might be a threat or to hunt for food.

At that level of consciousness, we were very much looking toward our belief about what is happening in nature, and magically in our lives. 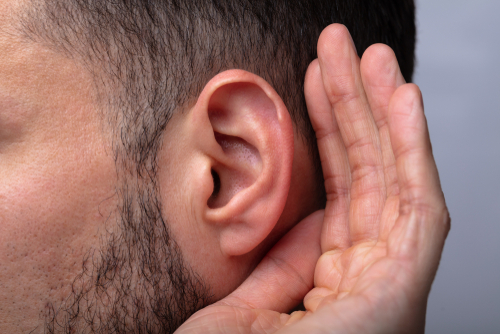 The very same is true today too. Your ability to heal is magical. Very few people even come close to having the knowledge to know how a wound or anything else heals in the human body. Most of us are just grateful that it does.

But, if we’re traumatized, particularly in our early years (from birth to about age 5), that can affect our Throat Chakra system, especially our ability to hear and comprehend the spoken word.

If you get too trapped in believing the material world — if you can’t weigh it or measure it or prove it — a rigid mindset forms and you can’t hear when magic is speaking directly to you.

You may not believe it when someone says I love you, because love really is quite magical and you can’t validate it scientifically.

Want to learn more? If you missed my Evolve series of podcasts on Living 4D With Paul Chek, I discuss how to grow physically, emotionally, mentally and spiritually as well as develop in your career.

After listening to this series of podcasts, if you feel inspired to take your journey of self-discovery to the next level, you may want to consider enrolling in my Holistic Lifestyle Coach Level 1 online program that allows you to learn at your own pace.

I’ll be back soon for part 6 of my series where I’ll share my thoughts about the sixth/Third Eye Chakra.