Happy Tuesday to you all!

Before getting into part 3 of my series on the Chakra system, I want to touch on a couple of things.

I’ve started seeing comments on my YouTube page about Chakras being Satanic and promoting devil worship. I find these comments very childish and highly uneducated.

If you really feel this way, please share those kinds of things with your Sunday school teacher and not here or on Facebook or YouTube where I’m providing education for those who have a genuine interest in learning and growing. If you really want to educate yourself and take a deeper, more scientific dive into the Chakra system, I highly recommend these two books: 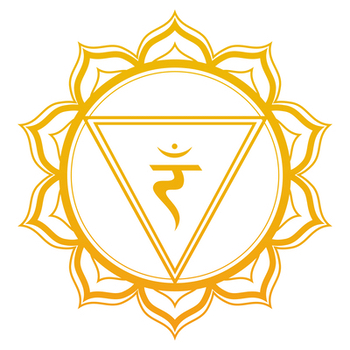 The Third Chakra — the Solar Plexus Chakra — deals with three specific areas: Muscles, digestion and elimination. Anytime you have disruptions in the flow or balance of Third Chakra energies, you’re likely to have problems in your muscles and troubles with digestion or elimination.

The solar plexus also exerts the greatest influence on your organs. (The vagus nerve also influences your organs, but that’s a much more technical conversation for another time.)

The psychology of the Chakra system

Something I failed to mention in the previous two parts of this series is that the Chakras also manifest in psychological themes emerging in seven-year blocks.

For the Root Chakra (from birth to age 7), the psychological themes are safety, security, tribal association and a need to belong. During the Second Chakra/Sacral Chakra phase (from ages 7-14), the themes of sexuality, sexual identity, creating and using life force energy manifest in our maturation into puberty or menstruation (for young women).

The Third Chakra themes present themselves in how we begin to use our personal power and, not only our willpower, but our won’t power.

Problems with the Third Chakra show up largely in acts in self-gratification, like spending money on things you really can’t afford or even an urge to constantly clean things when a little restraint and better management of your own life force energy would probably be helpful.

You can also see this in people who are exercise addicts or almost any other kind of addict using their will to get what they desire even when it’s causing problems with their health and relationships.

One thing you rarely hear or read about in regard to the Chakra system is the feminine or yin aspect. Remember the third Chakra is the Solar Plexus, meaning the sun plexus. The feminine power here is the “won’t” power, like stepping on the brakes to slow down at an intersection before turning.

Another psychological theme related to this Chakra is allowing your self and others to do what they need to do. A good example of that would be giving your self permission to speak your mind openly, honestly and truthfully and allowing others to have that same courtesy.

Another could be allowing others to have their own spiritual or religious beliefs while you practice your own. 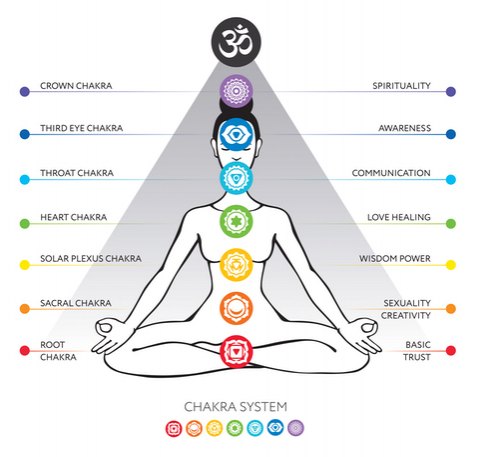 The power of your self-esteem

One more critical feature of the Third Chakra is self-esteem. This manifests in how much confidence, love and respect you have for your self.

Taking your potential and listening to your heart, then following what it tells you, without getting sucked up in a negative dialogue with your self — I’m not good enough to do BLANK — are the keys.

That said, having a high level of self-esteem doesn’t mean you’re not critical of your own actions or are unable to do any self-analysis.

People with higher self-esteem have empathy and compassion for themselves but they also know when it’s time to make changes so they’re more in harmony with their dreams, goals and objectives, and feel good about what they’re doing. 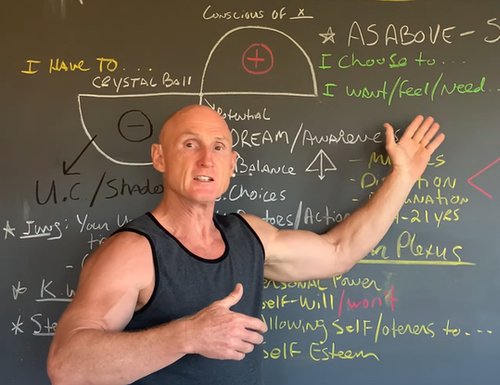 From this point on my vlog, I talk about the adult stage of Third Chakra development which comes around age 21, when you should be feeling ready to know what you want to do in the world with the talents and gifts you have.

By this point, you should be able to be an individual with opinions and beliefs of your own and allow parents, family members and friends to have different views of the world without being obligated to believe or share them, yet care for them just as you did before.

Also, I discuss the extremes of self-esteem — too much or not enough — and how that can create problems when you’re an adult.

Just to reiterate, this is a basic look at the Chakra system. My goal for this series is to share ideas that are practical and tangible and to give you opportunities to reflect more on your self.

Would you like to learn more about the topics I’m discussing in my Chakra series and begin to balance and heal yourself and have a better understanding of the basics?

If you do, you may want to consider our Holistic Lifestyle Coaching Level 1 online training program that teaches you how to use all of the things in my book, How to Eat, Move, and Be Healthy!, and a whole lot more.

I’m looking forward to talking to you soon about the Fourth/Heart Chakra, specifically about giving and receiving love.