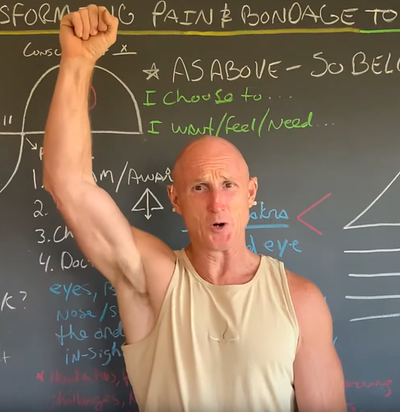 Happy Monday! Welcome back to part 6 of my Chakra series on transforming pain and bondage into freedom!

Isn’t this a cool title? All of us want to transform our pain and bondage into freedom. I’ve been working on it my whole life, but I can say it works.

I would very much love for you to have that experience too, which is why I share as much as I’m able here every week on my blog/vlog.

I hate to be a broken record, but if you’re approaching this information for the first time, please go back to part 1 of my series where I explain the format and discuss the alchemical dictum — As Above, So Below — that will help you use your Chakra system to its best and greatest potential.

The Sixth Chakra — the Third Eye Chakra — is located right between your eyes. This Chakra is connected to the eyes, base of the skull, the pituitary gland (which has a huge regulatory influence on many hormones in the human body) and the nose and sinuses.

This Chakra also relates to seeing beyond the ordinary. For example, if someone’s trying to sell you something but they’re not being truthful about it, and you recognize this, then you’re using your Third Eye Chakra. 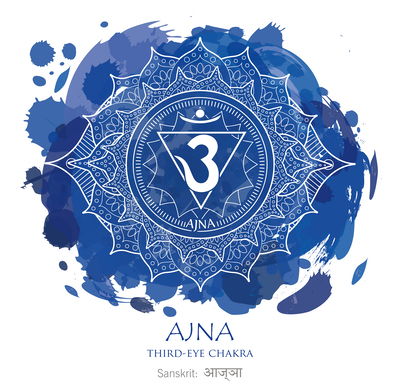 Another Third Eye Chakra function is the ability to see things that others can’t see or subtle energy such as people’s auras. This is a function of clairvoyance. (I’m clairvoyant and use this ability regularly too.)

There are other “voyances” in this realm too, like clairaudience (hearing what’s beyond the ears) or clairsentience (feeling what’s true despite no physical evidence).

This Chakra also relates to insight. Think about people like Martin Luther King, Marie Curie or Abraham Lincoln who had the gift of seeing meaning and solutions in places where others cannot and you’ll understand what I mean here.

None of the Chakras work alone. Someone who has good Third Eye Chakra functionality usually has quite a high level of competence with the functions of their other Chakras too. At least, that’s been my experience…

This information comes with a caveat. Some people who have tremendous abilities with clairvoyance — like some geniuses — may have discrepancies in other areas.

There are anomalies out there, but that’s not what we really want. You don’t want to gain clairvoyance, but lose common sense, which can happen.

Light is related to the Third Eye Chakra too. So whenever we’re looking at light, we’re using this Chakra either through our physical eyesight or through a kind of sight — think about a Sixth Sense — that could help you see angels or disembodied souls.

Being able to communicate without words at any distance through telepathy is also linked to this Chakra.

Many of you have probably been very deeply in love with somebody, and discovering you knew what they were thinking before they said anything. Maybe, you knew when they were going to call you or when they were having a challenge of some kind.

That would be having this instant knowing called telepathy.

Now that we’ve discussed the benefits related to the Third Eye Chakra, let’s talk about some of the problems that can manifest themselves there. 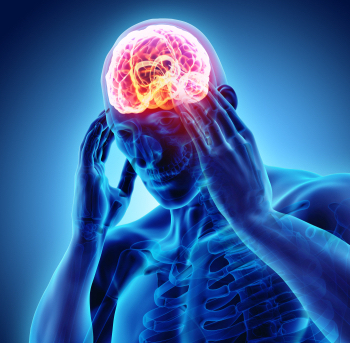 The challenges with this Chakra — heavily linked to the brain and central nervous system — can show up in headaches, poor vision, glaucoma and various neurological problems.

In my experience working with people with Third Eye Chakra dysfunctions, they were often coupled with some kind of problem in their brain. These could manifest in a number of ways, from brain tumors and learning disabilities to nightmares and hallucinations.

Just be careful, because something as basic as having a learning disability may be a part of your brain and have components of brain stress but not be entirely based on the Third Eye Chakra.

Think about it this way… Your brain lives off your own blood which is carrying nutrients from what you’re eating throughout your body.

The book, Grain Brain, by Dr. David Perlmutter, describes how this Chakra can be linked to the Solar Plexus Chakra (relating to digestion, elimination, metabolism and assimilation) just by eating the wrong foods.

This is a great example of how we can’t really compartmentalize the Chakras. We can’t treat them like Lego pieces that snap in and out.

The Chakras are really parts of an interconnected, organic, growing and living system that interact with each other in ways that are beyond what we can really put into textbooks. In fact, it’s way more complex than even the most advanced science can figure out.

From this point onward in my vlog, I talk more about insight, a critical part of your spiritual growth and achieving your dream by not limiting your scope merely to the physical world.

I wanted to remind you that we get into the Chakra system in some detail in the second edition of How to Eat, Move and Be Healthy!.

My book features zone exercises designed specifically to balance the subtle energy flow through the Chakra system or zones.

These exercises help your body by pumping fluids and harmonizing your brain, heart and solar plexus (also called biological oscillators), while bringing you into a state of coherence which enhances the likelihood of flow states, clearer thinking and equanimity and balance in your emotions (not too much or too little).

You’ll also learn the many things you need to know about diet, lifestyle, sleep and all of the other essential factors we really should be taught as children but aren’t…