← BRAIN~MIND BALANCE Part 7: The Challenges Of The Intellectual-soul â€“ The Birth Of The Awareness-soul DEATH and THE ABSOLUTE ESSENTIALS OF PERSONAL TRAINING →

I hope you had as much fun this weekend as I did facilitating days of body~mind~spirit  integration in my Zen Garden!

Today I’ll begin with the completion of our Brain~Mind Balance series and conclude with some highlights from my zen In The Garden weekend.

We’ve covered a lot of ground in seven daily blog posts investigating the nature of the mind and the development of the soul. To summarize our journey thus far, we have covered: 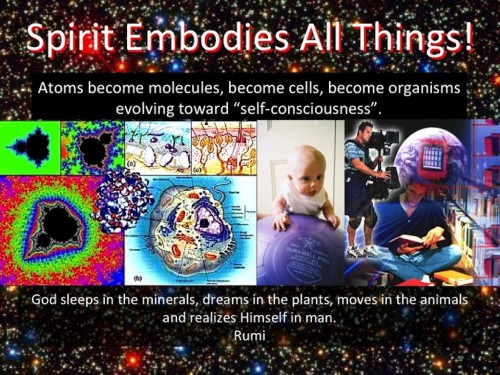 In my first diagram for today, I present a recap of the soul’s evolution, which begins as a material-soul.

Though one is likely to think of mater as something dead, all mater is created of light. Atoms represent light entanglements; this is represented in the tai-chi symbol as the two fish, snakes, dragons or drops circulating around each other infinitely.

It is important to reflect on the basic qualities of The Absolute, which are exemplified in the numeral zero; Zero as The Absolute is both Absolutely Empty (Pure Light) and Absolutely Full of All things created.

All things created are eternally in transitional states from either more to less or less to more. This is depicted in the tai-chi symbol as the seed of yang in yin and the seed of yin in yang.

A material-soul then, is born whenever any “thing” is created with an inside and an outside.

Because Unconditional Love can’t be any “thing”, it is All-Pervasive. Unconditional Love is Consciousness; where there is an inside and an outside, “consciousness of” emerges. Though some of you may be experiencing an inner-dialogue about now that goes something like, “how the hell can an atom or a stone be conscious?,” I would advise you to speak to any energy-healer that uses crystals or spend some quiet time getting to know crystals of various types and if you mind is open, you are likely to get the answers to your questions in this regard.

Next to the fractal patterns depicting the formation of atoms, you see a ball of molecules. Molecules conglomerate into cells. Cells, governed by the organizing principles of Nature (or Existence) express a progressive increase in the complexity of both structure and function. As each life-form evolves, so to does it’s self-consciousness.

After about 3.5 billion years of evolution, single celled organisms grew progressively larger and went from having mini-brains in each cell called nuclei to having a common brain that serves to integrate the information, awareness and intelligence gained from each soul into the collective consciousness of the organism. Just 90,000 years ago, which is but a micro-fraction of the 3.5 billion year process of evolution from single celled organisms, the human brain we have now emerged.

With the progressive development of the biological-soul, animals such as apes began developing an intellectual-soul, which is evidenced through tool making. In the human being, as the parent nurtures the infant into it’s capacity to name things, and judge them as this or that, there is a progressive development of the intellectual-soul, which is depicted in the image of a student studying and someone learning the art of videography.

The truth that emerges as the intellectual-soul reaches maturity and spawns the birth of the Awareness-soul is that every “is” creates an “isn’t”. This is called duality-consciousness in many philosophical circles, and though it works for a while, inevitably such thinking can only deliver half-truths at best; hot is only hot because you “perceive” it isn’t cold. Yet, if I were an Eskimo, the same water you call cold I may perceive to be warm or even hot relative to the water I’m use to having a relationship with.

With honest self-reflection, we come to realize that the ego-mind that served us (to the degree that it aided in creating safety and security) is now an impediment.

A farmer who buys their first tractor often purchases a tractor they think will do the job. With increased ability to cultivate, inevitably, their farm grows. Soon, they need to pull bigger plows and bigger equipment and therefore, need a bigger tractor and bigger equipment. Naturally, their expenses rise. More often than not, there are changes in the environment, such as drought (speak to any Australian farmer for example!), and now, the tractors and farm equipment that once gave them a sense of safety and security becomes a major threat to their safety and security because they often can’t recuperate enough money to survive by down-sizing due to the payments they’ve committed themselves to. Hopefully, with these examples, you can see that all ideas and experiences are co-dependent and that no perceived reality can exist independent of all co-dependent realities.

In his teachings on the soul, Carl Jung stated that the ideas and experiences we have inevitably create collisions, which are necessary for our spiritual growth and Self-Realization. When we reach the point in our intellectual development that our collisions with reality are such that we inherently know that something is missing in us, or our view of life and the world, we begin becoming more “aware”. 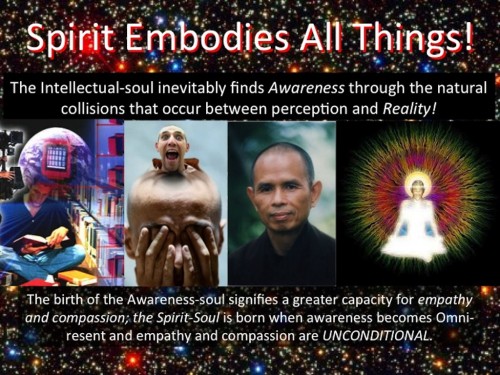 Next in my diagram, you see a picture of Thich Nhat Hanh, a famous Buddhist monk. He is but one of many examples of a human being that personifies the potential of one who’s Awareness-soul is the seat of their self-consciousness. In such people, the qualities of the Awareness-soul and it’s expression include:

The Birth Of The Spirit-Soul

In my diagram above on the far right, you see an image of someone meditating. Their body-mind has become luminous and their field radiates equally in all directions. The forms a clairvoyant sees in such persons are very coherent and harmonious. It is as though you are looking at the music of the Universe expressed as Light.

Such beings have become aware of the interdependence of all things and all beings as ONE, in, and of the Universe. Their mind no longer operates in the realm of duality-consciousness, but functions within a dialectic – a field of tensions; a rainbow is an example of a dialectic; no part of or “color” in a rainbow can exist without the other parts and colors. They don’t see the ax murder as anything less than Mother Teresa; they see the ax murderer as a sleeping soul that hasn’t awoken to the truth of themselves yet. They see that to the degree one’s actions are out of concert with the creation of Love, they simply haven’t learned the truth of themselves or the Universe from their parents, teachers, society and culture they are in.

This very view of people and life is exemplified by Lau Tzu’s sutra, “What is a bad man, but a good man’s job; what is a good man but a bad man’s teacher.“

It is interesting to note that as one begins to heal the division within themselves created by the intellectual mind, they must begin pruning their ideas down to those with universal application. They typically find themselves operating from their experience of laws and principles. For example, they wouldn’t jump off a building to try and prove their enlightenment to someone, for they know that they too are subject to the law of gravity. They wouldn’t give a chain smoker a pack of smokes instead of giving them empathy and compassion because to do so would be to go against the principles of life that are life-affirmative.

In such experiences, one may become so fully present with other people who are in pain that they experience their pain and confusion as though it were their own, which triggers great empathy and compassion for them. Such people often have a very hard time eating and living the way they once did because enlightenment experiences show, in profound ways, that to kill and eat unnecessarily is to be disrespectful to the rest of themselves.

With each such enlightenment experience, one becomes more and more clear as to the nature of Unconditional Love. They progressively develop a love and appreciation for life that extinguishes any fear of death; they know that death is only an illusion that adds value to the experience of life the way hunger adds value to the experience of and taste of food. In Taoist terms, they become Wei-Wu-Wei or action-without-action.

This state is called the state of no-mind.

The word that optimally describes the state of being cultivated by one who achieves union with their Spirit-Soul is “TAO“. “Tao” is translated to mean, “The Way“. This is the way of not too much, not too little, not “good”, not “bad”.

To bring our series on Brain~Mind Balance to a close, I would like to share verse 41 of the Tao Te Ching (by Steven Mitchell):

“When a superior man hears of the Tao,

he immediately begins to embody it.

When an average man hears of the Tao,
he half believes it, half doubts it.

When a foolish man hears of the Tao,

he laughs out loud.

If he didn’t laugh,

it wouldn’t be the Tao.

Thus it is said:

The Tao is nowhere to be found.
Yet it nourishes and completes all things.

I close this series now by understanding that those among you with adequate awareness will see the truths I’ve shared with you here and begin immediately to embody them and share them in your relationships.

I know some of you will half believe me and half doubt me. I also know that there are those among you that read and laugh out loud; that said, I’m happy you are reading my blog and laughing out loud, for your laughter is a form of digestion and means only that one need chew more and digest more slowly.

Your soul often brings you repeatedly face to face with people, places and things that seem silly or even stupid to begin with, yet, years later, we often look back at ourselves and laugh out loud at how blind and our of touch we were. In that moment, we have an opportunity to celebrate all the beings that supported us and put up with us as we matured into a whole human being.

PS: I had a lovely time with all the beautiful souls that attended each of the two days of zen In The Garden with me at my home. We will be putting up a feature with a photo library on www.ppssuccess.com soon. In the mean time, please enjoy this small selection of photos. 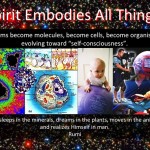 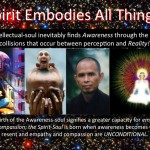 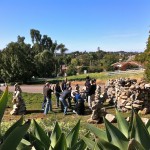 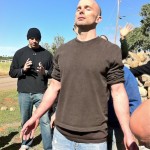 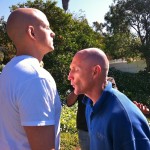 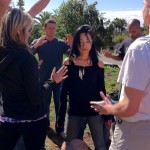 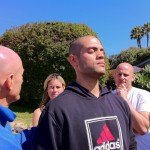 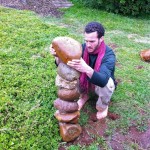 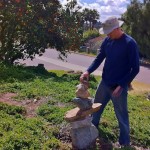 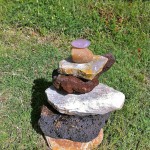 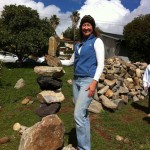 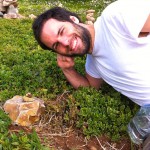 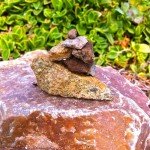 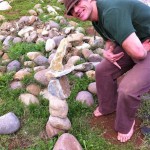 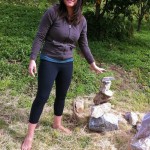 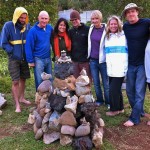 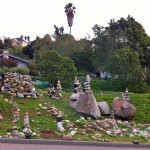 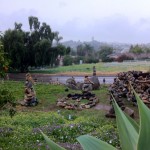 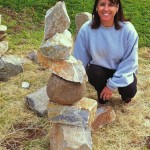 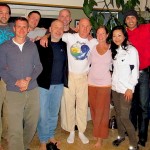