Glorious Day to All!

Kabir is one of my most favorite spiritual teachers. He offers me a no-nonsense approach to spiritual development. 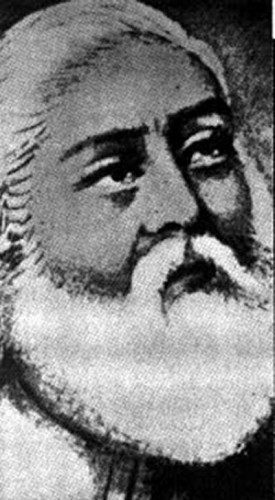 Kabir lived in India and was born in approximately 1440. He is said to have been born to one Muslim and one Hindu parent and therefore, he was indoctrinated into a deep understanding of both faiths early in life. He became famous for expounding Unity-Consciousness in an era where the orthodoxy of both Muslim and Hindu populations prevailed. Kabir had a gift for cutting through all the orthodoxy acculturated in traditional beliefs and getting right to the point, which often offended both religious communities who chose to worship “religious” texts instead of choosing to practice teachings of love, joy, and beauty. Sound familiar?

In the later stages of his life, a powerful Hindu leader ordered that Kabir must be killed. After trying several attempts to kill him by shackling him and throwing him in a raging river, ordering a war elephant to attack him, and burning him on a funeral pyre – none of which either harmed him or worked at all – Kabir was ordained a Saint. His teachings are delivered primarily through his poetry, though he was also a simple weaver and musician.

Today, I’d like to share a poem from Songs Of Kabir, translated by Rabindranth Tagore (another famous Hindu poet):

I HEAR the melody of His flute, and
I cannot contain myself:

The flower bosoms, though it is not spring; and already the bee has received its invitation.

The sky roars and lightening flashes,
the waves arise in my heart,
The rain falls; and my heart longs for
my Lord.

Where the rhythm of the world rises
and falls, thither my heart has reached:
There the hidden banners are fluttering
in the air.

Kabir says: “My heart is dying, though it lives.”

If you would like to include Kabir in your spiritual practice, my suggestion for reading his words is to:

ENJOY the delight and spiritual truths that his words provide!

As mentioned in my blog recently, I spent three days with one of my very special friends, Ruben Serrano. He is a CHEK Practitioner and a downright lovely person to be around. He’s one of the few people that loves Paul as he really is, which is great for me because most people expect me to be what they want me to be, not who I really am. Thank You Ruben for giving me the space to be “me” with you! I love you buddy!

Ruben has a lovely, highly informative blog, which you can visit at: https://www.workoutmaster.com/?p=1170 where you can see a lovely summary of his three days with me. I hope you enjoy his site.

May we all share the dream of true happiness (that which you create within of your own willingness to be true to your authentic nature) today!