Happy Thursday To You!

Well, I’ve been as busy as ever lately. That said, I’ve had the great pleasure of studying an excellent DVD series at night after work each day for the past several days that I’m excited to share with you. 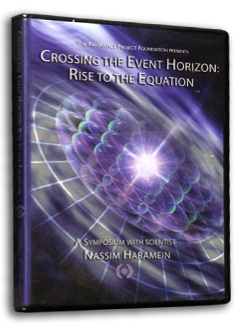 You can order this excellent(!) 4 DVD set from his web site (www.theresonanceproject.org), which is loaded with a variety of very interesting, well illustrated information about how nature functions, particularly with relevance to the science of how creation unfolds.

This program begins with Nassim explaining the history of how he began to draw conclusions as to the nature of how creation unfolds itself.

He takes you along with him in his personal journey, in which he ultimately found geometry as a path to understanding. Nassim guides you through his extensive explorations of all the relevant sciences of how space unfolds into creation.

Nassim’s journey includes very interesting explanations of space and geometry, looking at how science has both left out a variety of essential facts and avoided bigger, yet very important questions, often as a means of simplifying equations.

He gives some very good demonstrations as to how space can’t effectively be understood from the typical 2D perspective used by most physicists, creating 3D imaging.

He uses a great model he created with an electric motor and a string to show how space actually unfolds and what it really looks like. His many demonstrations and visuals are very fascinating indeed.

In his quest to understand the geometry of space, he studied the construction of pyramids around the world and shares many fascinating discoveries. He also shows that archeologists have published and publicized many theories that simply don’t make sense when looking at the available facts, just as he does with a variety of current physics concepts.

He interviews a brilliant lady who’s published a variety of papers in theoretical physics. This woman will grow on you.

Her interview gave me a great sense of hope; seeing that there are physicists that are actually “conscious” of life beyond matter and measure was lovely. The lady he interviews expresses what I’d call true genius.

After an excellent demonstration of the geometry of space and equilibrium states, Nassim explores the nature of black holes based on current scientific understandings and shares his own views as to their relevance in the creation of the universe and life. 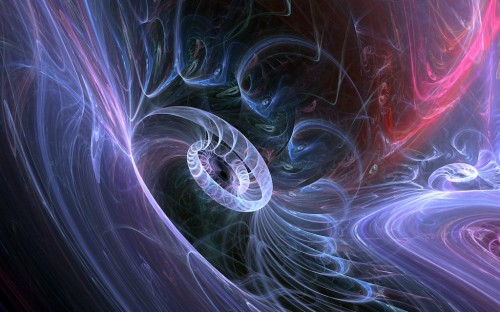 He does a fantastic job explaining how he studied the Bible as a means of trying to better understand what the meaning of the word “God” is. He looks through a variety of historical texts and shares some very relevant discoveries.

He shows, with great surprise and enthusiasm, that in the introduction to an older version of the Old Testament, that the word “God” is used to describe a tetragrammaton. He then shows many pictures from Bibles that support his geometrical findings and, in great form, shows how terribly misunderstood the Bible is.

I only wish that every Christian, and the people practicing Islam and Judaism could see his excellent explanations. Understanding their own stories better could alleviate a lot of tension in the world!

In the program, he does an excellent job of showing his correlations with the Mayan calendar and using a variety of scientific understandings and research on the sun’s activity, explains the relevance of 2012.

This is the best explanation of the proposed events of 2012 I’ve ever seen, and I’ve studied a lot of books and documentaries on the subject. If you’ve got a curiosity about 2012, this is the program for you!

Nassim’s explanations of how the pyramids were possibly built, and by who are very logical and well presented.

He gives a very good explanation of who the Knights Templars were and how they tie into modern day issues. Fascinating!

The program has a lot of good speculation regarding technology being passed onto humans from advanced beings from other dimensions.

As you know, I’ve studied many documents and programs on this subject and his arguments are very sound, even sobering!

In this program, you can come to understand the nature of the tai-chi symbol much better, and how black holes are essential to creation. He explains that there must be a black hole in the center of our galaxy or creation couldn’t unfold.

Interestingly, Nassim’s work with rotational velocity, expansion and contraction is completely in line with the teachings of Walter Russell, which is also fascinating.

He gives quite interesting facts about the dead sea scrolls, and on par with his explanations of the games scientists play with physics to make their equations work, and how archeologists publish their stories as fact, exposes information suggesting that our governments are withholding potentially huge amounts of information uncovered in the dead sea scroll digs.

For those of you who take the initiative to study this program, I’d love to hear what rises in you. I’m pretty sure the information about 2012 will put you into a deep state of introspection!

Today, my soul guided me to a poem by Rabi’a, which has a most interesting parallel to much of what Nassim discusses regarding the Old Testament’s descriptions and his explanations of what the word “God” means.

Here is what Rabi’a says:

“O God,
My heart is heavy, like lead, with anguish-
Where am I headed now?
I am only a handful of dust,
And your house is only a stone:
You are all I want in this world.”

God:
“Watch out, Rabi’a-
You are getting near to the blood of the eighteen-thousand worlds.
If I were to show myself to the Universe as I am, the Universe would be shatteredâ€”
Do you want to destroy the Universe?
Don’t you remember the story of Moses?
When he asked to see my Face
I scattered only a few atoms of revelation upon him,
And Sinai broke into forty pieces.”

Rabi’a is saying that she knows that God is far more than dust and stone, even though that seems to be all there is in the Universe. She wants “God”, not his clothing or cloak.

God responds with a warning.

Once you study the DVD series I’ve recommended above, this warning has much deeper meaning, I assure you!

In brief, God is saying that even a few atoms with the God-Force in them “broke the Sinai into forty pieces”.

Nassim Haramein beautifully explains the power of a few such atoms.

When you consider that quantum physicists have now calculated that one square centimeter of empty space contains enough energy to boil all the oceans on earth instantly, perspective on God’s response to Rabi’a can be gained.