Most people’s worries center around issues like “can I make enough money to pay my bills?” – “why is my body falling apart?” – “do I still love my partner; do they still love me?”!Though these issues certainly feel central in our lives, simply asking yourself, “how important will these issues be when there is no drinking water or real food to eat?” can certainly shift one’s perspective. 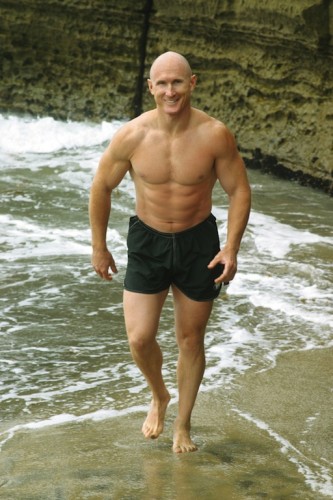 REAL WATER CONCERNS IN YOUR LIFE and MINE!

I want to bring to your awareness this excellent documentary, “TAPPED” on the current water crisis we all face worldwide. Though such issues are not issues we like to concern ourselves with when living at a pace that finding time to simply care for ourselves seems almost impossible, becoming aware is the first step toward necessary change.

This beautifully produced documentary highlights some very serious water challenges facing humanity today, most of which people at large are completely unaware of. They include:
â€¢ The purchase and control of both public and private water supplies by large, and very powerful corporations, such as Nestle, Coke and Pepsi.
â€¢ The serious risks of environmental (and personal!) toxicity due to water being stored and shipped in plastic bottles, which contain very dangerous, carcinogenic chemicals.
â€¢ Evidence that much of the bottled water being purchased is no better, and often of poorer quality than municipal tap waters!
When you see the very serious water problems being created by corporations such as Nestley, Pepsi and Coke, it will shock, disappoint, and certainly should trigger deep concern in you. When you see the ocean scientists demonstrate just how much plastic and garbage is floating out in the ocean — massive garbage piles as big as the state of Texas in each of our oceans! – it should concern you. When you see what is happening to the fish, you may feel concern for sea-life and anyone eating fish and other sea creatures. When you realize that you are paying as much as $9.00 a gallon for tap water, your may feel cheated!

What this documentary doesn’t highlight are some of the very real dangers with municipal water supplies. For example, it doesn’t inform you that many cities (like San Diego) extract water from sewage. They extract effluent water (separated from sewage solids) that is deemed safe for environmental discharge. Not only do these effluent waters end up penetrating groundwater supplies, they end up in underground aquifers, streams and rivers with potentially vast water networks that spread contamination immeasurably. Nor do they inform you that we have a major problem with drug residues in rural and municipal water supplies. An informative article that I found on the Arizona Water Research Resource site on this issue: Pharmaceuticals In Our Water Supplies – Are Drugged Waters A Water Quality Threat? is a real eyeopener!

In this regard, this article states:
“These drugs can pass intact through conventional sewage treatment facilities, into waterways, lakes and even aquifers. Further, discarded pharmaceuticals often end up at dumps and land fills, posing a threat to underlying groundwater.” Additionally, the authors confirm the use of effluent waters in municipal water supplies saying: “Further, effluent is extensively used in irrigation and even for recharging drinking water aquifers.”

Those of you have read my book, Under The Veil Of Deception – What Uncle Sam Isn’t Telling You About Organic Food and Organic Farming (available from the CHEK Institute) will be aware that European researchers not only found dangerous levels of all the pharmaceuticals being consumed by people living near lakes, they found them in their “active!” form. The researchers found, quite surprisingly, that the bacteria were taking the inactive form of drugs defecated and urinated from human beings and reconverting them to the active form of the drugs. This means that the physiologically of every living creature in such water supplies is being influenced by a dangerous cocktail of such drugs and hormones! Therefore, whatever we eat from streams, rivers, lakes and oceans become bio-accumulators of drugs that then influence our own physiology and psychology.

While water treatment centers and many so-called “scientists” (and medical doctors) will tell you this is not a concern due to the low part-per-million concentration (ppm), they don’t tell you about the homeopathic effect of such drug and hormone residues in water. That homeopathic medicines get stronger as the molecular concentration of any drug or active agent decreases in ppm concentration is scientifically established fact. This is exactly why I created the term “homeo-pathologic effect“. In my book, Under The Veil, I site research studies showing that though the drug residues may be in parts-per-billion, some researchers have (rightly!) concluded that such low concentrations are potentially more damaging because the immune system does not recognize such low quantities. The result is that such drug and hormone residues gain access to our DNA causing changes for which we have no defense. I site research showing that one drop of estrogen has a measurable effect on the equivalent of 900 railway tankers of water! Consider that England alone puts about 4 BILLION pounds of raw sewage into the ocean every day; then consider the impact the US must be having with something like seven times the population!

Numerous researchers have given objective evidence of fish, alligators and a variety of other creatures displaying altered sex and reproductive characteristics, which could lead to a breakdown in the entire evolutionary cycle of life! In Under The Veil, I also site research showing that sea creatures from dolphins and whales to sea lions have been found suffering from diseases they are normally immune to, yet due to chemical toxicity, now suffer from failing immune systems. Not only are these legitimate humanitarian concerns (we eat a tremendous amount of food from the ocean), they regard to our reverence (and lack there-of) for nature as the source of our own survival.

WHAT CAN WE DO?

First and foremost, the first step in any change-process is awareness that change is needed. By simply talking about these issues, they become public. Only when there is a mass-action effort will we ever have a fighting chance of steering governments to act morally; Confucius said, the government always reflects the people. Clearly, large chemical, farming, industrial, food processing, military and technology corporations at large have displayed little, if any measurable concern for issues that can only be perceived by a rational mind as life or death issues. Clearly, large corporations control governmental policy to the point that debating weather or not we really have any government at all should rise “with brilliance” into the mind of any aware observer.

Third, I recommend minimizing the use of plastic containers for food and water in any way you can. They are not only devastating sources of environmental pollution, they leak estrogenic chemicals and carcinogens into the foods and water, leading to many elusive health problems that only lead to more and more people having unnecessary surgery and being put on medical drugs, which further compounds the problems discussed here. Using glass or BioCeramic containers is a very good idea, even if you have to pour water from plastic containers into a safer container while in use. Anytime sunlight hits a plastic bottle, it will increase leaching of toxins and estrogens, which can be minimized once the water is in your care; if you have to use plastic water bottles, always keep them covered to avoid direct sunlight. Additionally, it is essential that we all go out of our way to police our plastic and use, encourage use of, or start recycling programs. Plastic is a major threat to the environment and our health.

Fourth, avoid purchasing water from any company bottling tap water! If you are going to spend money on bottled water:
1. Always choose water from artesian well sources. Artesian water is the best water for human or animal consumption. Artesian water rises naturally to the earth’s surface after being processed in and by the earth; this water may have gone through filtration and transformation deep in the earth for millennia before it reaches the surface and is therefore less likely to be contaminated by rain, surface or ground water.
2. Choose waters with a total dissolved solids count of 300 ppm or greater (such as evian, Fiji, or Vittel). These waters are generally considered hard waters. Hard waters were shown by researcher Martin Fox (Healthy Water For A Longer Life) to be less likely to be linked cancer than soft waters.

Fifth, educate yourself!
EVERYONE should read Your Bodies Many Cries For Water, by F. Batmanghelidj M.D. This is an essential book for understanding how water functions in the human body and how many diseases result from the very common problem of dehydration.

Water, Electricity and Health – protecting yourself from electrostress at home and work, by Alan Hall is an excellent book for those interested in the more scientific aspects of water and electromagnetic stress. This book is one of the few resources I’ve found that explains how water carries vast amounts of information and gives a number of practical ways to improve water quality. The book also offers many suggestions for assessing and correcting possible sources of disease resulting from a variety of different types of electromagnetic stressors. If you are a CHEK Practitioner or CHEK HLC Practitioner, this is a “must read”. It’s well written and can be understood by most of the lay-public, yet also does a great job delivering some otherwise heavy science in a very digestible format.

We all have an opportunity to be the change! Our days of complacency are numbered. If we don’t live and act in a way that is supportive of the foundations of life, of nature, we can’t expect to be emulated by others with less awareness, time or willingness to change. Most people are dangerously programmed by via the media and our failing educational systems, big industry; they are deluded into believing that the government, medical systems, and industry science is telling them the truth. Therefore, without living evidence from the living wise, are unlikely to change. I don’t care if you are a yogi meditating in blissful levitation in a mountain cave, today, the very water entering your body in that cave is being poisoned in the ocean, atmosphere, and on it’s way there in the jet-stream! This is a call for all wise-people to come out of the closet and teach the less informed factions of our human family how to live, and how to nurture Mother Nature, for now, only her children can help her heal if we are to enjoy life tomorrow!

So with that in mind, I’m off to soak in natural mineral water from a spring for the next couple of days before I’m back at work on Monday.