← Interpreting Scripture: From Bondage to Love and Beyond How to Solve Difficult Challenges → 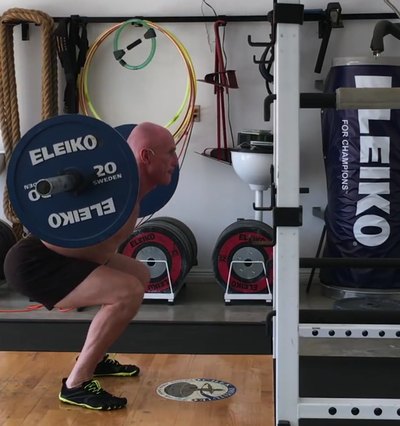 When I became the trainer of the U.S. Army Boxing team back in the 80s, I implemented weightlifting as part of their conditioning, yet many boxers and coaches expressed a lot of fears about it.

In their experience, almost every fighter who started weightlifting or hired a personal trainer got slower and lost their punching speed. As they got stronger in the gym, their knockout power diminished. (This same drop is also true of sprinters and athletes who need high speed movement.)

However, nearly everyone was using bodybuilding training and slow speeds of movement. The real problem: This is fine for hypertrophy training, but if you stay there too long, the nervous system adapts.

One of the greatest strength coaches I ever worked with in my life was former strength coach of the Chicago Bulls, Al Vermeil, who had a slogan: Train slow, be slow! The body adapts to its environment.

When I worked in physical therapy clinics where I had to rehabilitate postsurgical knees and shoulders and all sorts of things. I did a lot of research on speeds of movement.

Research showed there were three speeds or ranges of movement that the body adapts to.

For those who aren’t familiar with “degrees per second,” if you take your arm and rotate it 360 degrees on the count of 1,001 that would be 360 degrees a second. i.e. you moved 360 degrees in one second.

Generally, if you’re training at 240 degrees per second (the pace at which a lot of bodybuilders train), your nervous system will adapt, so you’ll be strong when you’re moving at those speeds.

However, once you jump to the next bracket (around 240-400), you’ll experience a transition zone where you’re not going to have as much carryover. When you get plus 400 degrees per second, you’ll have minimal to no carryover at all.

If you’re an athlete who is trying to improve their vertical jump and you’re only doing heavy, slow squatting but not including any plyometrics or variable depth, variable speed training, you’ll get stronger in the gym, but your vertical jump only reaches a certain point before it plateaus. And, some athletes will start adapting to those slower speeds of movement.

In this week’s vlog, I’ll show you how variable depth, variable speed training works by performing back squats. 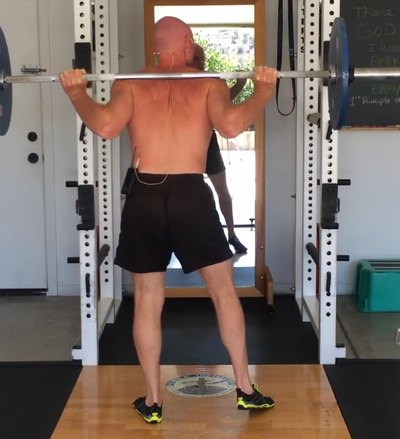 Before you try variable speed, variable depth training, however, keep these things in mind:

1. Be intelligent about it, especially when you’re doing exercises like the bench press. You don’t want to start bouncing off the bottom because you can tear up the anterior capsular of your shoulder, which can lead to many other problems.

2. This type of training is ideal for somebody who is already at a base level of conditioning and is ready for higher speed training with variations in depth of movement. In fact, it’s more like plyometric training with weights.

With variable depth, variable speed training, you have a lot of eccentric forces on the muscle. Research shows that when you’re under an eccentric load, you have less motor units firing because there’s a natural internal braking mechanism due to the calcium binding in the physiology of the muscle.

That means the same load you’re lowering is stressing less fibers, which is why you can get quite significant delayed onset muscle soreness, so be conscious of this.

3. Typically, I wouldn’t recommend doing this kind of training with any more than about 60 percent of your 1RM or something that you can generally get about 25-30 repetitions until you’ve built up some adaptability.

When you’re doing variable depth, variable speed training, it can be hard to time your breaths to the movement because you could find yourself hyperventilating. You’ll have to use your own judgment as to how much load it is on your body.

4. Find the right place to breathe relative to your speed and the dynamics of your movement, but make sure you’re breathing in at points in the movement where you have the least load.

I use this form of training with all sorts of athletic applications and to keep my nervous system sharp. This training is not designed for people who have a lot of postural and muscle imbalances or orthopedic dysfunctions.

5. This kind of training should never be done by anyone who doesn’t have a solid three months of proper base conditioning so their tissues can handle this kind of stress.

Hope to see you this week at canfitpro’s 25th annual World Fitness Expo in Toronto. I’ll be making the most of my time there by teaching a number of workshops, lectures and full-day sessions.