Interpreting Scripture: From Bondage to Love and Beyond 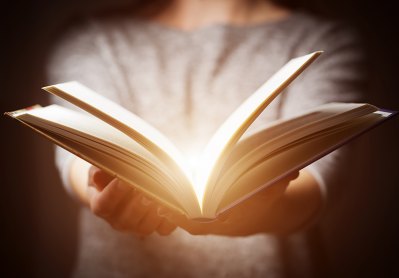 This week, I want to talk to you about a topic that is deep and very important to all of us — one that can often get people wound up in many ways — for a number of reasons.

Recently, I worked with a client who had her uterus removed due to cancer, then the cancer spread throughout her body. Interestingly, she was raised as a Catholic.

I’ve worked with at least 30 patients in my 32-year career with cancer of the sex organs. Probably, 98 percent of them have been raised in Catholic families.

It’s pretty safe to say that all actions or behaviors are expressions of beliefs and many of these beliefs are unconscious. Considering the vast majority of the world’s population claims a religious affiliation, there’s a very large percentage of the children in the world being exposed to religious ideologies and interpretations of scripture at an early age when their minds are developing.

For the first seven years of a child’s life, his/her mind is in download mode, recording everything in their environment without a filter. That progression continues from age 7 until the ego forms, which is normally around age 21.

But that’s only if a person’s growth and development cycle is fairly normal. In our modern culture, however, that ego may never form in a healthy, productive way. 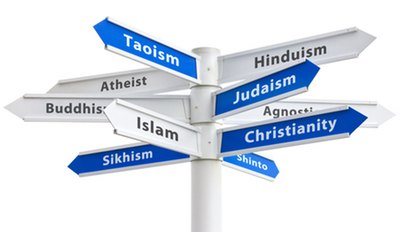 I get really concerned when kids are put into church schools, surrounded by religion and told things like God will burn you in hell for not following the 10 Commandments or whatever the commandments of that religious ideology may be.

All of this leads to programming that works at the unconscious level of the mind, an extremely powerful place. Think about it… Your conscious reading of this blog is a tiny fraction of what’s going on in your whole body.

Despite being raised with strong religious beliefs during their childhoods, many clients tell me they don’t believe in those practices any longer. Then I remind them, even an atheist living in the West is surrounded by Christianity, so they’re living out those beliefs, the holidays and everything else that’s influenced by those very same belief systems.

Consciously, many of them probably don’t believe in religion but when I review their paperwork and look at things like developmental archetypes, the kinds of challenges they’re having with intimate relationships or the way they’re disciplining their children, it’s very, very evident that this programming remains very, very alive in them.

There’s an old saying that the devil’s favorite place to hide is in a church. As a therapist, I can tell you the essence of this saying has deep meaning here…

My goal for this week’s vlog is to show you how to look at your religious programming in the scriptures, along with your often false and confused interpretations of them, that may be creating problems for you, then help you find a path toward love and something even greater.

That’s the start of my longest vlog in a good while, but if you stick with me to the end you’ll appreciate how important this message is.

One caveat: Please don’t make the mistake of interpreting that I have anything against any religion, because I understand exactly what they’re intended for. My aim here is to help you grow out of your programming and into a higher state of consciousness and go from an I- or Group-centered existence to a World-centered one at minimum.

Right now, the world needs all of us to take care of her or the problems that we’re going to have will crush us, and we won’t survive.

You Can’t Put God in a Box by Kelly Besecke

Sex at Dawn: How We Mate, Why We Stray and What It Means for Modern Relationships by Christopher Ryan and Cacilda Jetha

Streams of Wisdom by Dustin DiPerna

The works of Byron Katie, Meera Censor and Huston Smith