God, Biohacking and Protecting Our Environment

← Talking Dirt Facts With Onnit’s Kyle Kingsbury Interpreting Scripture: From Bondage to Love and Beyond → 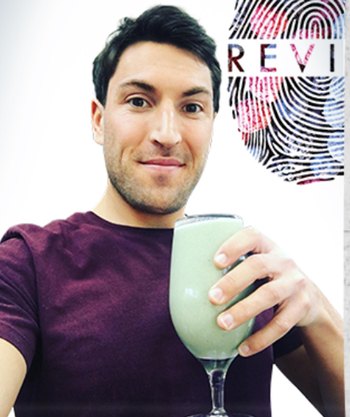 Happy hump day Wednesday everyone! I hope your week has been amazing so far!

My week has been so jammed non-stop with clients and commitments that I truly haven’t had the time to film a vlog this week, much less spend quality time with my family.

So, this week’s blog is a short one, but my hope is to leave you with some things to think about until next time…

A deeper conversation with Ryan Martin

At the start of last spring, you may remember my long conversation with Ryan Martin, host of the Revive Yourself podcast.

Then, we talked a wide range of topics from the five corporations that control our world’s food supply — a subject that’s been on my mind for a while because it determines the fate of our collective health — the physical and emotional differences between men and women and the vegan movement which is so very unhealthy.

That conversation went so well, we decided to do a shorter, more focused chat about some deep subjects, including God and religion.

If you aren’t aware, my entire life has been a study of God and the various religions that celebrate a higher power. During my short life, I’ve been committed to understanding religious ideology every bit as much as I have the human body. The process never really stops.

A long time ago, I learned how a person’s values determine the choices they make, consciously or otherwise. To help people learn how to take better care of themselves and heal properly — but not to fix them — meant I had to dig deep into a client’s belief systems in order to understand them better and guide them in the right directions.

These religious studies have helped me immeasurably in forming the core of my spiritual philosophies.

In my recent conversation with Ryan, we talk about corporatization of organized religion and the forced conformity that leaves most people no more of an understanding of the world and spirituality than a child has.

Anything anyone does to describe what God is or God wants with any objectivity indicates that person has no understanding of what God is. In essence, God becomes purely an intellectual concept which tends to start wars and destroy a lot of lives.

In the latter part of our conversation, Ryan and I get into my concerns about the biohacking movement again. The word itself implies hacking away at yourself…

My greatest concern about the biohacking industry — about 99 percent of it — is just what people are willing to do to avoid any responsibility of eating, moving, thinking and resting and staying in touch with nature.

Too often, we’re reaching up into technology and depending on it to tell what our heart rate or blood sugar is at any given time, instead of paying attention to these variables for ourselves.

Too many times, I’ve seen too many athletes so out of touch with their own bodies that, when their gadget stops working, they’re completely lost. It’s a lot like someone who never learned who to tell time with an analog watch.

This biohacking problem runs much deeper than that, but you’ll have to watch our conversation below to find out or download the podcast via iTunes or Android.

During my series on the Fastest Way to Health, I talked about the use of toxic fertilizers used by Big AG to grow cheap foods.

You may have heard in the news about the “blooming” of toxic algae covering 90 percent of Florida’s largest inland body of water, Lake Okeechobee, a problem so vast that officials have declared a state of emergency in seven counties.

In fact, our government’s own EPA believes the runoff of fertilizer has added nitrogen and phosphorous to water ways there, essentially “fertilizing” algae.

This doesn’t even take into consideration red bloom, another kind of algae bloom that has killed fish in the Gulf of Mexico.

Sometimes, you have to see this damage with your own eyes to truly understand how serious and dangerous these threats are to our health and food supply.

You’re only as healthy as the foods you eat, which is why I remind you often that you need to eat as many organic and biodynamic foods in your diet as you can afford.

Supporting the soils on our planet and your health by eating cleaner more nutritious organic foods isn’t cheap on the front end, but it will save you in the long run with lower medical bills and fewer drugs too.

I hope you have a great week!