The Marketing of Madness

← COMPOSTING, ROCKS AND SHAMAN GENIE IN A BOTTLE →

Thank you to those of you who gave such lovely feedback on my composting blog yesterday.

We can do so much for the planet and each other by embracing very simple practices such as recycling and composting. Though most people talk about the problems of the world, little ever happens in the world until talk becomes actions.

This weekend, Vidya and I watched an intense, informative, shocking video documentary about the dangers of psychiatry and psychiatric drug abuse. 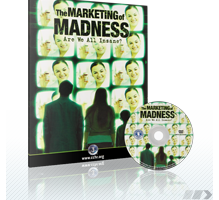 The Marketing of Madness

This documentary informs you about:

This documentary is produced by the Citizens Commission On Human Rights (www.cchr.org).

I have watched a few of their documentaries, which are all very well produced and authentic in the message they carry.

This program is very fast-paced, and hard-hitting. It appears to me that they have done adequate market research to realize that the people that need to watch their programs the most are those suffering from ADD and ADHD or monkey mind.

Therefore, the video moves very fast and is full of flashy graphics and all the little tricks needed to keep monkey minds adequately entertained so they have a fighting chance of getting the message to the people that need it most.

The documentary is quite long, yet, full of worthy information at every step of the way.

In all fairness, I should say that some of their claims that there is no research scientifically backing the prospect of chemical imbalances in the brain is a bit behind the times of today. There does appear to be legitimate real-time imaging studies showing the effects of different amino acids and drugs on the brain, which is how researchers actually found out that Ritalin essentially has the same effects on the brain as cocaine.

A MD now well known for his infomercials on TV and who sells a brain-based approach to chemical modulation developed largely from a combination of current imaging studies and clinical practice is Daniel Amen.

The book Molecules Of Emotion, by Candace Pert (one of the inventors of SSRI drugs oddly enough!) also highlighted pharmacological research and warns about some of the concerns shared in this documentary.

Additionally, the work of Julia Ross, author of The Mood Cure and The Diet Cure is largely based on current scientific investigations as to the effects of different molecules and amino acids on brain chemistry and resulting changes in mood and behavior.

The key element I see as largely missing from almost all such approaches is behavior modification.

My entire PPS Success Mastery program is based on how to understand human motives, behaviors, beliefs and teaches my students how to identify motive and cultivate positive behavioral changes in their lives.

It is my dream that all CHEK Practitioners (including HLC’s and Golf Biomechanics) study and learn the methods I share in PPS so they can gain first hand experience with the technology in their own lives. This is essential if we are to effectively guide people through the change process.

The LEADERSHIP element is, for all intensive purposes, absent from modern medicine, regardless of what branch you investigate. Why!because, like the drug manufacturers, medical establishments depend on repeat business to grow profits adequate to satisfy their investors!

I worked with Vidya McNeill MA in the creation of The 1-2-3-4 For Overcoming Addiction, Obesity and Disease to do my level best to address this issue.

It was my dream in creating this program to share a methodology I learned through many years of clinical practice and constant and ongoing investigation into the literature and practices of successful health care professionals, counselors, psychologists, psychiatrists (such as Carl Jung) and shaman.

Oddly enough, my investigations have led me to believe that we have not improved upon what shaman were offering centuries ago and still offer today. Not only are shaman typically very skilled at the manufacture and use of natural plant-based psychotropic drugs, their formulas have been stolen and patented by drug companies routinely for the last sixty or more years.

Though the drug companies have effectively stolen good drug combinations and concepts from shaman, they have not implemented the leadership and wise counsel offered by any legitimate shaman.

In native tribal societies, the shaman was considered as equal in importance to the Chief of any tribe and worked closely with the Chief and Medicine Man to guide their people to healthier and more harmonious relationships with self, others and nature at large.

All the drug companies have done is suppress real medicines used by shaman and medicine men by patenting cheap synthetic copies of the molecules used, while at the same time, making the natural forms of the drugs illegal!

The drug companies and medical establishment have been too successful at promoting the idea that all you need to do is take a drug and all your problems will go away!

When you look at the statistics on how many people are on psychotropic drugs right now, and how many auto accidents, industrial accidents and public shootings are directly tied to psychotropic drug users and abusers, it can really shake one’s sense of safety and security!

Ann Blake Tracy, PhD is the author of Prozac – Panacea Or Pandora?

She shows brain scans comparing before and after effects of Prozac and gives shocking evidence of the elevated incidence of suicide and other dangerous behaviors induced by this class of psychotropic drug. She highlights that (at the time of writing) the last 25 (I’m paraphrasing here) or so public shootings were all carried out by people that were on, or had been on an SSRI drug within a year of the shootings.

This is also highlighted in video, The Marketing Of Madness.

Ann Blake Tracy provides essential information as to the dangers of coming off these psychotropic drugs and makes suggestions as to how to do so. She does provide audio recordings with additional information in this regard.

We are at a very dangerous time in the evolution of humankind my dear friends!

There isn’t a snowball’s chance in hell of us ever getting enough people together to stop the medical and drug establishments through protests. A conflicted mind cannot lead others effectively but only furthers the conflict! 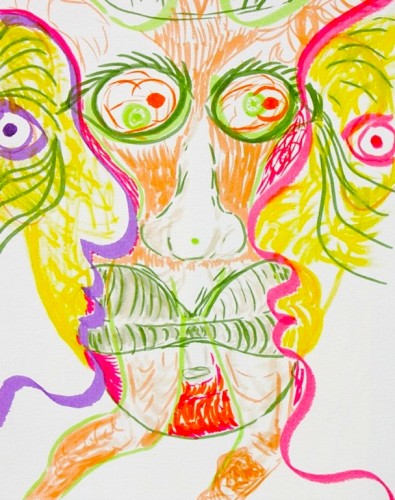 The very best thing we can all do is just what I’m doing!tell people how to find good resources so they can see and explore the facts for themselves.

As we work to educate the public as authentic, healthy, leaders, teachers and healers (modern shaman!), we can starve the drug companies and the medical establishments out and force them, by demand to incorporate legitimate medical practices. Though they make billions and billions, don’t forget, it costs billions and billions to feed the monster that that industry is!

We don’t need to start fights we can’t win. That is just using violence to attack violence. Not intelligent. If we all work together, we can simply starve them out!

As I regularly tell CHEK Practitioners though, before you run around pointing the finger at others who may believe in and/or use these drugs, make sure you are healthy enough, self-responsible enough, and wise enough to prove your point as a living example.

Otherwise, you just become one pest attacking another pest and nothing good comes of that in the end!

I’ve seen families fall apart when one person all the sudden comes home from a seminar or workshop as the newly self-proclaimed expert, only to begin policing the family and friends. All the while, they too are still only talking heads and often have not make any objective changes in their own diet and lifestyle.

Because they have no proof that their way is better, they are easily shot down by their peers. This is very sad and dangerous because now, people turn against natural approaches because they have had them rubbed in their face abrasively.

From then on, when they do hear legitimate healing and self-help advice, they discount it, reverting back to so-and-so who drove them nuts with all their diatribe and nothing worthy to back their message!

We must all take the initiative “To thyn own self be true, or thou cans’t be true to any other man,” originally conveyed by Shakespeare to heart if we are to be of any help the planet and each other in general!

We are all part of a living organism called “humanity”, of which each human being is akin to a cell in your own body. While many run around barking this and that to others about how fucked up people and the world are, they are often doing nothing objective to help the problem themselves, which means they are still part of the problem!

It is my dream that all CHEK Practitioners and anyone that can see the logic in my messages first and foremost.

Be the change that you want to share with the world first!

Then, we can offer evidence that not only do our more natural, safe methods work, we can demonstrate the experience and expertise needed to authentically coach people to a state of vibrant health and well-being.