THE LIES THAT SCIENTISTS TELL US!

← LET YOURSELF BE DRAWN A WEEKEND IN PARADISE! →

Good Friday To You!

Today I’ll be meeting with two film crews!in a row and then heading home for some time in the garden.

The first crew is filming me for a project we are working on here at the Institute to offer some great business solutions to the CHEK Practitioners.

I will let you all know more as we get further along with the project.

Next, the Bandito Brother’s film crew will be here to film me working with the famous pro skateboarder, Danny Way. 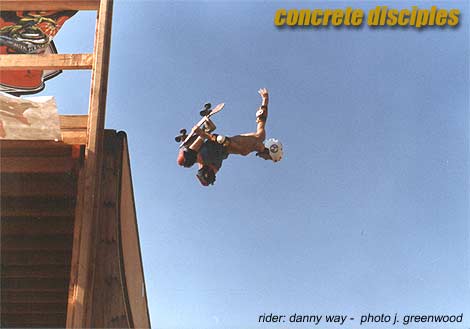 They are doing a movie about Danny’s life and they have already done a long shoot with me where I was asked many questions about Danny, my work rehabilitating him from a serious spinal cord injury when he was 19, my relationship with him, and how that shaped his career.

They really got into the nitty-gritty of it all and the documentary should be quite riveting for viewers. Danny Way is Full-On! – as the Kiwi’s would say.

The story of his life is complex, full of plot twists, challenges, and triumphs. I did my best to highlight how challenging the lives of professional athletes are, and how their families and people at large are often their greatest limiting factor.

Now, they are coming back with Danny himself this morning so that we can recreate the rehab that I did with him when I first saw him as a patient.

Keep your eyes out for it when the documentary hits the movie theaters. I’m sure you won’t be bored!

THE LIES THAT SCIENTISTS TELL US!

I’ve studied the work of an excellent nutritionist, Judith A. DeCava in the past and felt the urge to revisit her teachings recently.

My inner-voice guided me to her excellent book, Good Goods/Bad Foods – A Little Book On Common Sense Nutrition.

This is an EXCELLENT BOOK! I highly recommend it for all CHEK Practitioners, and anyone, particularly parents who has an interest in getting to the truths and facts of food and nutrition.

DeCava is a no BS expert. The book is loaded with excerpts from well done scientific studies, other authors on relevant topics, and she always gives me great confidence in my own opinions and experiences because they are completely in line with my own views and teachings.

This book has many examples of how scientists are tainting the truth and misleading the public; using their (socially accepted) credibility to sell garbage pawned off as food.

Here is an excerpt from page 30.

“An analysis of 111 studies of soft drinks, juice, and milk “suggests” that research funding plays a definite role in nutrition studies. Studies funded by the beverage industry, for example, were 4 to 8 times more likely to be favorable to the interests of the funders than other research. In other words, we must ask where the money to fund the study comes from.
Reference: “Origin of Funding Seems to Influence Which Studies Are Done” Tufts University Health & Nutrition Letter, March, 2007: 25(1):3.”

Another very misleading story the public is being told (I’ve seen this on TV myself and have had numerous reports of others seeing this on TV in pretty much every country I work in, which is many!) is that we must use commercial farming methods because it’s impossible to feed the growing world population with organic farming methods.

Ladies and gentlemen, this is outright bullshit!

Judith DeCava quotes the following in her book on p.29:

“A team of scientists has determined that the widespread use of synthetic nitrogen fertilizers and pesticides over the past 40 years has resulted in reducing plant yield by about one-third. We’re getting less food and more toxins from the farms. Is there something wrong with this picture?
Reference: Acres USA, “Pesticides Reduce Crop Yields”, Acres USA, September. 2007: 37(9):10.”

I’ve mentioned in previous blogs that the US Government sent Professor King to investigate how China, Korea and Japan were producing so much food on comparatively small amounts of farming land relative to the US farmers.

This was done around the year 1900. Dr. Kings report is published in the book, Farmers of 40 Centuries.

In brief, King’s research showed that Chinese (organic) farmers, using ancient, manual technologies such as local composting, were able to produce as much as four times as much food per acre than the average American farmer.

If I remember correctly, they were able to produce as much food on about 1.5 acres as a typical US farmer could produce on 40 acres of land.

Dr. King’s report completely turned the notion that US farmers held about these antiquated farmers on its head!

But did the government listen at all? Of course not.

Think of how many billions, TRILLIONS of dollars have been made by concealing the truth of commercial farming relative to organic farming.

The medical, drug, chemical, transportation, fat loss, food processing and many other industries have made MASSIVE profits as a direct byproduct of the illness, obesity, mental disorders and diseases at large from such mistreatment of nature and people!

WE MUST ALL SUPPORT OUR SMALL, LOCAL, ORGANIC FARMERS!

Every dollar we spend on any product coming at the cost of our environment only paves the way to some very challenging, painful, and downright deadly experiences we will go through as Mother Nature moves deeper into Her own healing cycle.

Do your children really deserve to suffer the negligence of their parents and the governments, lobbyists, corporations and their so-called scientists that have “scientifically validated our demise”?

Government at large has turned out to be a sham. Voting for any one of a collection of idiots is simply to vote for an idiot! Your voting power is firmly rooted in your pocket book.

Vote with your dollars. If you don’t buy it, they can’t afford to make it any longer!

A SHORT POEM FROM RUMI 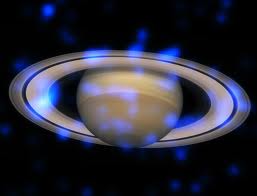 This great thunder is coming from my Saturn.
This fragrance comes from my garden.
He is that Thing which is on my heart and soul.
Until He goesâ€”where can He go? He is mine.

Rumi is saying that he (you) and God are ONE. What you are experiencing, God is experiencing in and as you.

Because the soul is Consciousness, which is the first principle of the ego, Rumi says,
“Until He goesâ€”where can He go? He is mine.”

God, being Unconditional Love, doesn’t choose to go anywhere. The ego (He is mine), is the commander of the power of God within.

Only when one seeks, and gains union with their soul, can the ego and God walk together.

“Until then,” as Kabir says (speaking for God), “I am as a trumpet, waiting patiently for you to blow me.”

God is there, always, in ALL-WAYS.

Like a trumpet sitting on a shelf, patiently waiting to be blown (to make music), which!requires your breath, your participation.

God loves it all. Do you?

At least, contemplate that.

I wish you all a fantastic weekend.

I’ll get a massage Saturday morning, have a steam, and head home to stack rocks.

We recently had strong winds and rain a couple of days ago. I was in the garden last night and surprised to see that about 60% of my creations had been blown down.

I am amazed because several have made it through many storms already!

I’ll take the invitation to create something new and exciting while having fun!