← Entering Your Inner Cave: A Meditation Feeding The World With Eugene Trufkin → 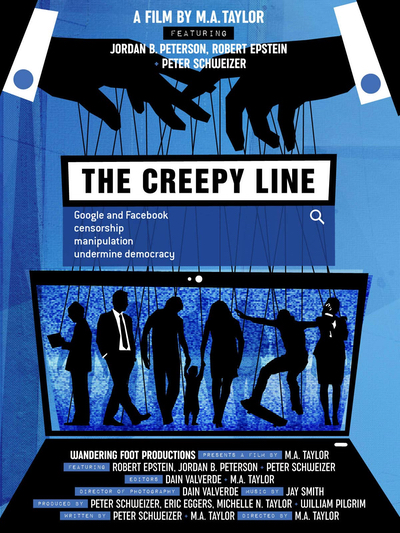 I want to talk about a very important topic on my blog/vlog that deserves far more attention than it’s currently getting today.

I’ve been very concerned for a long time about the oversized reach of Facebook, Google and other corporations that capture your personal data, then use it to manipulate you into buying and voting for things (and people!) that are quite calculating, unethical and potentially very dangerous.

Part of this week’s headline — The Creepy Line — comes from the title of a very good documentary that’s available for you to watch via Amazon or iTunes. (Right now, it’s available for free if you have an Amazon Prime membership.)

I’ll save some surprises for you, but it’s quite shocking to see the power these corporations have to control people by silencing them. Instead of democratic governments, we have corporate headquarters which border on fascism.

This documentary looks at the history of the overreach, starting with what happened in Italy with the merging of a bunch of corporations trying to control people.

Consider the rise of Donald Trump and the nature of our own current political system as well as those around the world stretching from England to Australia.

Then, wrap your head around the massive amounts of data transfers that are handled by Google — about 90 percent — all over the world 24/7.

What about your mobile phone? 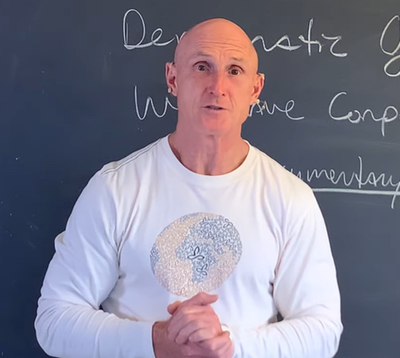 Do you have a cell phone that uses the Android operating system?

This documentary also describes how your Android phone can be used to upload your personal data and can even be recording everything in the background.

Think about how all of this data is being used invasively to manipulate people, driving them to specific advertisers, not to mention the risks of manipulating elections.

As artificial intelligence gets more evolved, its power can become a much more dangerous force.

Technology is very much like a double-edged sword. It can do great things, but can also be very harmful, especially when it’s in the hands of a few people.

I don’t have a definitive solution right now, except to advise you to use your phone as a tool. When you’re done with the tool, don’t keep using it!

Otherwise, you’re capturing every bit of your life because you’re exposing yourself tremendously. Until we have legislation passed to protect us from things like this, that information could and will be used against you.

I really have to thank Ben Greenfield, a recent guest on my Living 4D With Paul Chek podcast, for encouraging me to watch The Creepy Line.

On the Living 4D podcast front, look for an interview soon with Dr. Joseph Mercola who has investigated this subject very deeply and recently did a long interview with Dr. Robert Epstein, one of the experts featured in this documentary.

I really encourage you to watch the rest of my vlog and find a way to see The Creepy Line, then let me know what you think about all of this!