How to Correct an Inverted Breathing Pattern

← Anxiety and Breathing Congratulations to the New C.H.E.K Institute-Trained Professionals →

An inverted breathing pattern is a term I created long ago as a young therapist when I had a large patient load, including athletes and people of all types, who came to me for a variety of injuries and health problems.

When we inhale, the normal pattern of abdominal wall action is such that with inhalation, the abdominal wall should relax and expand so that the diaphragm has the ability to push the organs downward. This is an essential means of creating negative pressure in the lungs to draw fresh air in with inhalation. (See my previous blog, Tips on Breathing Part 1.)

With an inverted breathing pattern, as a person inhales, his/her abdominals remain tight, or tighten more! This blocks the diaphragm’s ability to contract effectively, and stops the organs from being able to move downward with inhalation.

When someone has an inverted breathing pattern, there is over-recruitment of the scalene muscles in the neck, which help lift the rib cage on inhalation, and other muscles, called secondary breathing muscles (such as the upper trapezius and levator scapulae) become hyperactive. This leads to a variety of problems — cognitive, neck, jaw, digestive, eliminative and others — that are often overlooked by doctors and therapists and can’t be effectively alleviated without restoring optimal breathing mechanics. 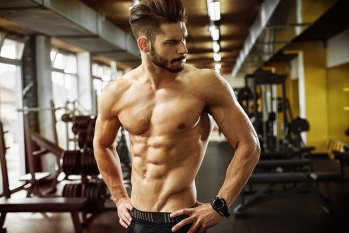 Males around the world have been heavily influenced by modern bodybuilding. It is now “normal” for them to walk around everywhere with their abs flexed, particularly when their shirts are off.

Young males, whose egos are still developing, can be filled with insecurities about being strong enough to stand up to other guys (often starting with Dad first!), and take on the “abs tight” defense posture. This is kind of like a dog raising the hair on its neck to make itself look bigger and stronger than it really is.

If this tough guy pattern of abdominal bracing continues for any length of time, it becomes habituated and an inverted pattern becomes very likely. After all, if you are a tough guy, you have to be one even when you are trying to breathe! 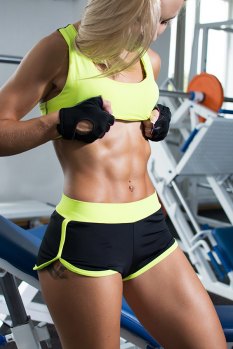 Women suffer less from “tough gal” syndrome, but frequently develop an inverted breathing pattern from chronically sucking in their guts to try and have that model-perfect, flat abdomen. Not only does this significantly reduce breathing efficiency, it also creates issues around menstruation.

Many females dislike the natural distension of their lower abs that comes with each period. When the uterus begins to shed its lining, there is a natural inflammatory process, which leads to swelling of the uterus.

Since the uterus has neurological connections to the abdominal wall, when it swells the lower abdominals are inhibited so there is more room for the swollen uterus, as well as to ensure optimal blood, oxygen and nutrient delivery to speed healing and remove waste.

When females hold their abs in instead of letting the body have its natural way, an inverted breathing pattern becomes much more likely, and menstrual periods are often both prolonged and more painful. 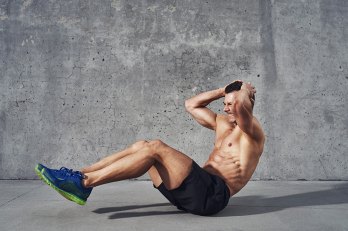 Whether you’re male or female, we have a worldwide obsession with abdominal isolation training. This leads to excessive abdominal tone and contributes to an inverted breathing pattern disorder day in and day out.

If you want to have beautiful, healthy, fully functional abs, you’d be very wise to study my correspondence course (DVD or online), Scientific Core Conditioning, as well as my Flatten Your Abs Forever DVD. Flatten Your Abs Forever goes into many of the issues apart from exercise, such as diet and lifestyle factors, that prevent even avid exercisers from getting the chub off the abs. It’s one of my most popular conference presentations worldwide.

My book, How To Eat, Move and Be Healthy!, offers specific assessments for the abdominal muscles, as well as corrective exercises and stretches that can help you have a functional, beautiful core and breathe optimally too! 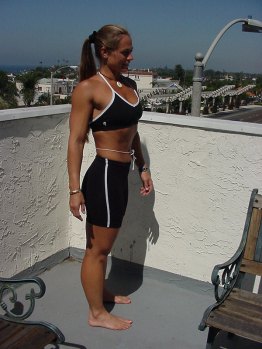 In my vlog, I’ll show you how to use a plastic water bottle with a little water in it to gain visual and kinesthetic feedback you can use to restore your breathing pattern.

I’ll also teach you how you can use a kite string tied around your waist to retrain your breathing pattern so it is optimal. These techniques are simple and very effective and, if used, can save you thousands of dollars in medical expenses treating the symptoms of a faulty breathing pattern.

I hope you enjoy my vlog today!