Healing From Fire and Smoke Exposure

Good Tuesday to you!

The threat of fire is an ongoing problem we face living in Southern California’s hot and dry climate. Our friend, Laird Hamilton (the husband of Gabrielle Reece), fought like hell trying to save his home in California recently and got pretty sick in the process.

Believe me, I empathize with anyone who has been harmed and traumatized by fire. When I was 8 years old, half of my family’s home was destroyed due to a chimney fire.

I know what it’s like to see my home burn while trying to fight it the best we could with water hoses and waiting for the fire department to show up. It can be quite traumatic… 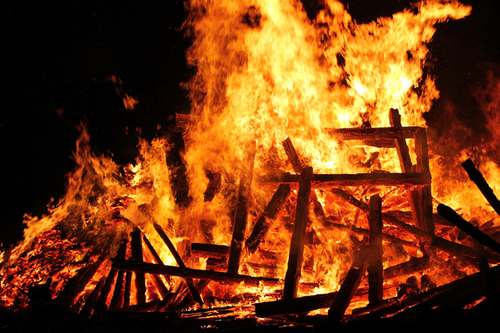 I’ve had a number of people contact me via email for any advice I could share with them about healing from the extreme exposure to smoke and fires from the recent and ongoing bushfires in Australia.

This week’s blog/vlog focuses on some of the same concepts I shared with Laird and other people in need to help you detoxify after exposure to a fire.

First, it’s important to look at fire from a greater perspective, as a force for transformation and new beginnings.

That’s pretty clear when you see what happens in nature after fires (especially those started by lightning strikes). Research has shown that fire has had the effect of remineralizing the soil.

I’ve seen this play out in areas near San Diego that had been completely burned down even a year or two before. It’s quite astonishing how lush and beautiful the vegetation became and how healthy the trees are.

Mother Earth is going through a lot of environmental changes and she’s doing what she’s got to do to balance herself.

Over the years, I’ve dealt with fires in other ways, helping firefighters and local fire departments around San Diego recover.

In addition to the heat, firefighters experience much higher rates of cancer due to their exposure to dangerous chemicals released in burning buildings, particularly in urban environments. 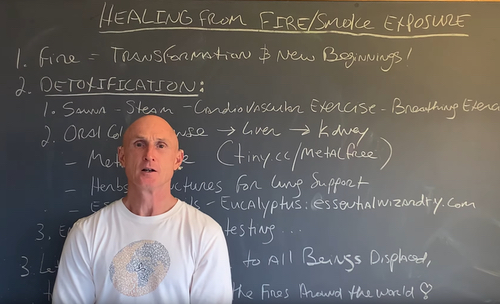 Three very simple things you can do to detoxify your body right away:

I discuss other ways you can detoxify your body after being exposed to a fire in my vlog, but these three are easy ways to get started in a hurry!

I’d like to finish here by asking you to send your love to all of the living things — people, animals, insects… every one of them — that have been displaced, traumatized or killed in Australia and around the world due to fire.

Anytime you can take a moment to open your heart and send your love — even from a distance — makes a difference to our world.

The fires may have let up in Australia for the time being, but this doesn’t mean there won’t be more to fight there (and worsen) or any other place in the world and to heal from in the future.