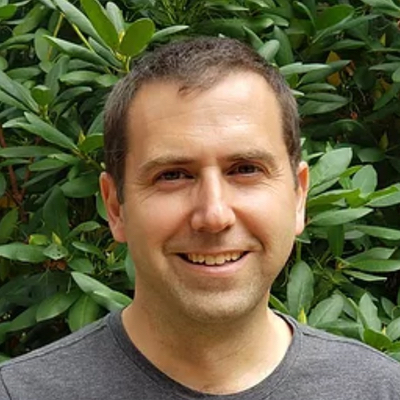 Technology is amazing, but much of it comes with baggage, from the rabbit hole of social media to electromagnetic fields (EMFs).

Many of our technological advancements leave us feeling disconnected from ourselves, nature, our tribe and Source, but there are some technologies that do bring coherence and higher-level connection into people’s lives.

One such technology is the Core Harmonizer. This hexagonal wooden structure, which at first glance can resemble a beautiful end table, is actually a very profound piece of technology.

The Core Harmonizer was designed to create a coherent, harmonious field within the space in which it is operated. It does this using sacred nested geometries, coherent frequency-based music and light.

I was introduced to Ross Newkirk and his amazing harmonizing and healing technologies by Dr. Nathan Riley, our family OBGYN.

At Nathan’s recommendation (which is always reliable), I investigated Ross’s technologies and the scientific basis of the Core Harmonizer immediately caught my attention.

With an understanding of the key technologies integrated within the Core Harmonizer, I recognized that this was the first piece of healing technology that successfully integrated sound, light, sacred geometry and more into one functional unit. I purchased one and the experience has been mind-blowing to say the least, as I shared in my recent Living 4D podcast with Ross. 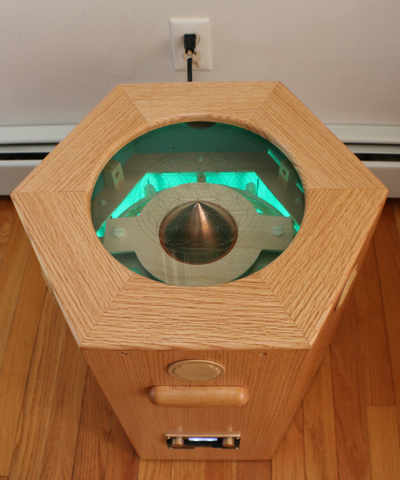 I found the Core Harmonizer to be so stabilizing and helpful to center my mind while writing my upcoming book, it dawned on me that this unit may be ideal for calming and centering my children in the evening before their bedtime, and during the night.

Well, I took it to the house and the kids responded so well that I couldn’t get it back! This is a good problem to have, and I’m now saving to get a second one for my office!

Everyone I know who has tried the Core Harmonizer has responded very similarly. In fact, my friend and client Amy Fournier recently purchased one after listening to my recent conversation with Ross and said the effects were immediate and profound.

Amy felt more relaxed, clear and centered, and leaves it running all the time. She likes knowing that it is helping the people in her building as it permeates the whole environment with healing waves of energy and information. Amy also noticed that, whenever she uses her Core Harmonizer, birds flock to her windows to bask in the healing vibrations it emits, which she loves!

First impressions of the Core Harmonizer unit are often focused on its beauty, but when sitting within its field for a few minutes, many people report feeling a greater sense of peace. Some report feeling a happy tingling within their body. Deaf people are greatly attracted to the Core Harmonizer and can feel it even though they cannot audibly hear the music that gently pours out of the unit.

Pets often gravitate toward the Core Harmonizer too. Cats curl up on top of it, bathing in its harmonic offerings and warmed by the glowing light it emits. Some dog owners have reported less anxiety in their pets and an improvement in behavior.

Why use a Core Harmonizer unit?

What is the attraction to the Core Harmonizer unit? It comes from the coherent information field that it emits, which helps people enter a higher state of consciousness and awareness.

What is within the Core Harmonizer that allows this coherence to be generated? The top of the unit is glass with the Flower of Life symbol etched onto it. When you look down through the glass, your eyes fall upon a series of beautifully polished, stacked copper cones. 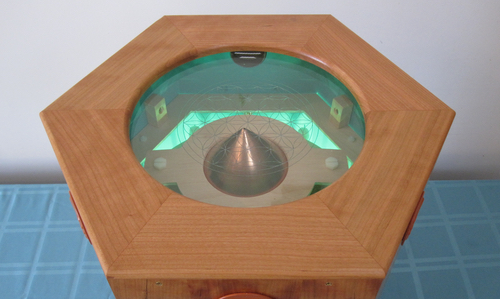 Beneath that, you’ll see other sacred and nested geometries that are being backlit by a beautiful green light that emanates through the space and out of the top of the Core Harmonizer unit.

Beautiful, meditative music from the Bose speaker resonates up the geometric chamber and out through the top and sides of the unit. The music has been tuned to frequencies that include 432Hz and 528Hz, important tuning frequencies that inherently create more coherence and harmonic resonance within the music.

The Core Harmonizer assists in processing life in real time. Limiting beliefs about ourselves and other areas of struggle can begin to feel less hindering. Some people have reported improved self-healing capabilities being restored in various ways.

Ross has said that this technology came via synchronicities, dreams and information downloads he received. Ross spent many years working with his father, Marc Newkirk, who was a world-class scientist and inventor of numerous consciousness-raising technologies.

Marc was quite a prolific inventor with his name on roughly 100 U.S. patents and nearly 900 foreign patents. Ross said he has used some of the technologies that he and his father created to help raise his own coherence and consciousness, which in turn has assisted him in creating more technologies.

Where to find a Core Harmonizer

Whatever we can do to improve our environment can have a positive catalytic effect on our health and wellbeing. The Core Harmonizer is made by hand in the U.S. from high-quality materials and sells for roughly $5,000.

There may be a Core Harmonizer unit in your area that you can experience, as they are now available at a handful of holistic centers around the county. (Find a location near you here.)

Wherever you are in your life, it is important to know that the solutions to any problem exist right now. It is through higher levels of consciousness that solutions and answers can be found. Investing the time and giving yourself the space to raise your vibratory state is what is most important.

Too often we think that we will find peace, happiness and answers some day and that it will be our handiwork that affords us that ability and luxury to do it. That is not how life works…

There is only ever the present. The past is just a memory and the future is not fixed. We can create a better environment for ourselves. When we raise our vibrational state, a new toolbox appears that gives us access to inspired ideas and synchronicity, which in turn leads to greater purpose that can propel us forward in new and more meaningful ways.

Hoping and wishing for changes is rarely effective because we live in an action-based universe. We are creators, but action is required of us. We can so dutifully create a better more meaningful life for ourselves, but if we choose to. We were not meant to be victims of circumstance. Whether you know it or not, tremendous abilities are within you. The capabilities for improved self-healing, intuition and perception are all there.

They just need to be turned on.

You can start by making changes in your environment and your life by taking these steps:

Whatever areas you can make a change, you will find that it brings you into a higher state of being.

Learn more about the Core Harmonizer and other products Ross has created at his Conscious Technologies website. If you are interested in purchasing a Core Harmonizer, save $200 by using the promo code Chek200 at checkout.