Hello! Happy Thursday To You!

All is well here at the institute. Janet Alexander had a lovely day teaching a large class of students in the Exercise Coach course yesterday, and Chris Maund will continue today and through the five-day program.

The students look healthy and fit, which is always a great way to start CHEK training.

I spent a little time with them talking about how our fungus, parasites and illnesses shouldn’t be drugged and suppressed.

I shared my view that all such ailments are teachers; if we just pay attention to what we eat, and how we live and correlate those findings with our symptoms, we can easily determine what we are doing or not doing that creates our illnesses, aches, pains and diseases.

I had a nice training session in the gym and stayed busy with building new slide shows and coaching clients, as well as being interviewed by a sports psychologist.

This morning I’ll head to Encinitas for a massage and a steam since I’ve got guests coming to spend the day with me tomorrow. And then, back to the office for more work on projects.

I hope you are all enjoying your day and finding some time to enjoy a relationship with yourself along the way. I know how challenging that can be!

In a number of his lectures given between 1916 and about 1925, Rudolf Steiner highlighted the fact that much of what ails people results from what he called super-saturation.

This was a term he used to describe the overconsumption of food and resources and the sedentary, mind and body numbing effects of such lifestyles.

Steiner also warned that man’s fate was dependent upon both trees and bees. He informed us that when either the trees or bees reach a critical point of decline, human life would be unable to continue.

Sadly, we are rapidly approaching the tipping point he was concerned about. Our forests, world wide, are being cut down largely for planting industrial crops, be they corn, soy, cotton, or otherwise.

I couldn’t help but wonder who’s buying all this junk? How do these places stay in business? 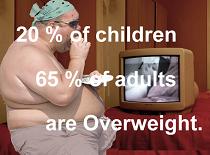 We are fast becoming the most obese, sick people that have ever inhabited the planet! 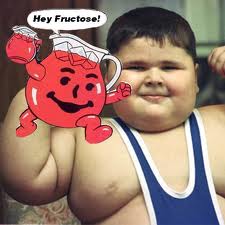 Not only are our children more obese than ever, they are very ill and unfit in general. 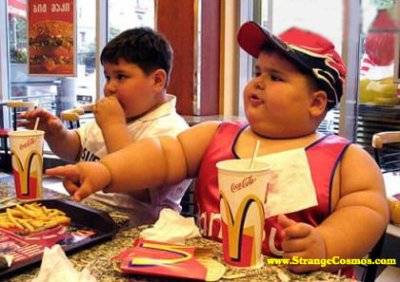 Do you think our food choices have anything to do with this phenomena?

A few years back, I saw an article in the LA Times discussing the fact that they were considering eliminating the annual Presidents Fitness Testing from California schools because children were passing out on the run, which was originally a 2 mile run, but had now been reduced to a one mile walk.

One of the kids had died during the one mile walk and this caused quite a stir among the school officials!

Walter Russell was a great teacher of life and metaphysics. One of the basic principles of his teaching is The Love Principle.

When we look around the world, while we become progressively more gluttonous, we can see that our ignorance or unwillingness to share resources has severe consequences for other human beings.

Yet, according the Love Principle, all human beings are part of one family called humanity.

What we are doing is akin to what would occur if a mother so over-favored one or two children that her other two children literally staved to death in the same house (planet earth).

It’s certainly not like ware are unaware we are doing this either. In .28 seconds on Google, you can see it all by typing in “Starving People” in the search window!

There is now so much plastic and garbage floating around in the pacific ocean that the garbage heap is reported to cover a surface the size of Texas! 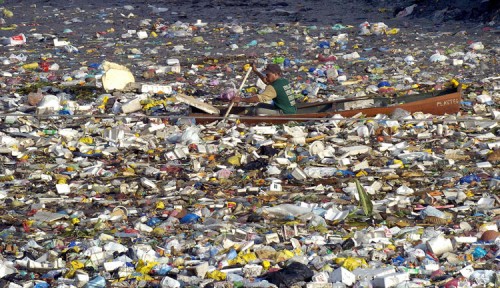 Are you outraged yet?

Our overconsumption and lack of reverence for nature is endangering the very fabric of life as we know it!but for what? 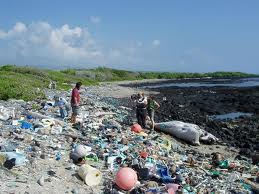 What you see in this image is by no means a rare occurrence any longer.

I have been on beaches around the world, in what would normally be considered “hidden places” or out of the way places far from big cities and the like, yet, the beaches were often littered with garbage.

In my book, Under The Veil Of Deception – What Uncle Sam Isn’t Telling You About Organic Food and Farming, I’ve highlighted an event where thousands of sea lions died off the east coast of the US.

When investigated, it was found that the sea lion’s immune systems had failed due to environmental poisoning (toxicity).

What had killed them was a virus that was common to the species, but had never previously caused any problems because their immune systems could police the virus.

I recently saw a documentary about the massive uprising in the numbers of jelly fish occurring around the world.

They showed how Japanese fishing fleets are being very challenged because their nets are coming back full of poisonous jelly fish, which poison the rest of the fish in the net.

This problem is so big it could collapse large segments of the fishing community.

Investigators found that it was most likely because of the rising temperatures in the ocean, which are a likely byproduct of the greenhouse effect; which many scientists say is a bunch of bunk!

But, will they say that when they are starving and covered with jelly fish stings?

The documentary tracked the incidence of severe jelly fish stings and showed that worldwide, there is a huge increase in injuries to people by poisonous jelly fish.

The numbers of jelly fish, and the rate of rise in their population is of significant concern for biologists now.

In fact, they showed two incidences where nuclear power plants had emergencies because the cooling systems, which use ocean water, were completely shut down because they were clogged with jellyfish!

What Can We Do?

As I’ve shared many times before on my blogs, the best thing we can do is:

1. Be aware that our actions and choices have consequences that are far reaching.

2. Be aware that our gluttony comes at the cost of other humans starving and living in a way that any of us would call! inhumane.

3. Be aware that our overconsumption is literally killing nature and that our unbridled addiction to instant gratification may induce a means of pay-back in which we get to experience the exact same fate we’ve inflicted other human beings and nature with.

4. Make any effort you can to eat efficiently; eat what you need to be healthy, no more!

5. Recycle as much and as often as you can.

6. Stop buying the products of commercial corporations that are ruining the world for profits! Support only organic producers of products and foods. We are dying in the name of “science”.

Are you a better person because you drive a Hummer that guzzles gas and has never seen a dirt trail?

Are you a better person because you’ve got a closet full of dead cows that you call shoes, most of which you rarely ever wear?

Who would you be without all you “make-up”?

Who would you be naked and hungry, like the sea lions, the birds, and the little beings that don’t deserve to die while the do so much to support us?

That’s what I’m willing to do each day to the best of my ability.

I invite you to join me in living consciously and mindfully!