Paul Chek's Blog » General » SOUL UNION ~ THE ULTIMATE SPIRITUAL PRACTICE Part 3: The relationship of the soul with the ego-mind and the shadow.
July 13, 2011
Print

SOUL UNION ~ THE ULTIMATE SPIRITUAL PRACTICE Part 3: The relationship of the soul with the ego-mind and the shadow.

Welcome to this glorious Day!

May you greet each other openly and in the spirit of creative self-expression!

I had a busy day yesterday. DC Shoe is producing a feature film with Bandito Brothers about Danny Way’s life to be shown in movie theaters. My office was FULL of cameras, lights, sound equipment, engineers, photographers and directors for several hours yesterday.

I was interviewed about my relationship with Danny and they wanted a detailed accounting of his spinal cord injury and what it took to rehabilitate him and get him back into skateboarding. They wanted to get deep into the emotional, mental and spiritual aspects of his life and challenges, so the movie should be pretty deep and intense.

For those of you who don’t know who Danny Way is, he’s definitely one of the most adventurous, amazing, skateboarder’s of all time! He’s set two Guinness Book world records. He jumped out of a helicopter from almost 4 stories high into a skate bowl, producing the highest “air” ride ever recorded. He also jumped the Great Wall of China on his skateboard! He’s truly a legend in the sport.

Just to give you an idea of how dynamic Danny Way is, he was asked to compete in one of those world’s greatest athlete competitions where they get top athletes from a variety of professional sports to showdown against each other. They have a variety of obstacles and challenges designed to test athletic ability in a wide variety of ways. Danny won!

Pretty amazing when you consider he’s had over 20 orthopedic surgeries! The man lives in constant pain, yet continues to push the barriers of human performance. It’s been a great joy to have a long relationship with him.

When he came to me, he was 19. He’s in his late 30’s now so I’ve been part of his life for some time. I’ve also enjoyed a nice relationship with his bigger brother, Damon Way, who is one of the original founders of DC Shoe. They are very special people. Keep your eye out for the movie. It will be mind blowing, particularly for anyone that’s never seen what can be done on a skateboard these days!

Danny, like Jade Johnson and most elite athletes have been through a hell of a lot of challenges with people expecting too much from them. If you aren’t aware, I’m working with Jade Johnson to get her ready for the upcoming Olympics and we’ve created a web site so you can also learn and enjoy participating in the life of a world class athlete. Have a look at www.jadedragonreturns.com

Well, I’m excited to share more about the soul, so lets get into it shall we!

Part 3: The relationship of the soul with the ego-mind and the shadow. 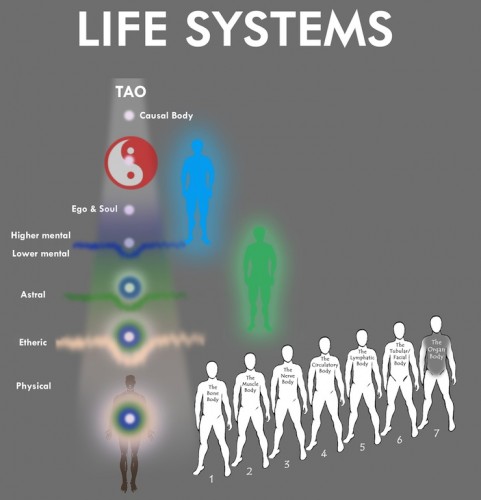 The soul, as I’ve shared, isn’t a thing. The soul is Pure Consciousness. It is your soul that gives you sentience; the ability to know that you are, what you are, to feel, and to think and create.

TAO: This means ALL that can, and can’t be known. All that is and isn’t, yet that which is neither an “is” or an “isn’t. SOURCE and sum. TAO means The Way.

TAO is often referred to as the middle way in Taoism because to practice TAO is to practice finding the middle way through relativity (life); not too much, not too little. Having studied metaphysics and religion extensively, I’ve found Taoism (which is incorporated into, and very similar to zen) to be the most healthy, well-rounded, most efficient path to spiritual evolution and enlightenment.

To understand the evolutionary path of Taoism, you need only to remember the metaphysical saying, “as above, so below”. The earth plane reflects the spiritual world. When you write a word on a piece of paper and look at it in a mirror, it appears backward. The spiritual world is reflected in the physical realms.

Therefore, to teach you what Taoism is, you need to read the word backwards; I’ve put a dash to make it easier for you to get the hidden message:

The Taoist (I’m in that group more than any other) mature to the spiritual realization that to fall in love with “things” is the chief distraction from spiritual Self-Realization and the primary reason for perpetual reincarnation. Once one realizes what TAO is, there is a distinct awareness that loving or worshiping the temporary is to worship a mere reflection, a mirage.

When there is no it you love, you naturally love All that IS. That’s living the TAO!

Though there are many teachers that profess to teach you how to live the spiritual life and will tell you that you must do this, or that, and often have entire books of rules and guidelines, that’s NOT the Tao path; not the middle way.

Those that know the TAO, know that the TAO is in you. Why would one want to learn from another set of ideas (puzzle pieces) when you can learn to listen to the Unconditional Love within you?

My entire teaching methodology isn’t to tell you what you should or shouldn’t do. It is to teach you how to fine-tune your body mind so you can listen to your soul. If you learn to listen to your soul, there is no longer a need for books and intellectual worship of words on paper.

The Master resides within.

As I’ve shared several times now, ZERO has two qualities; The Empty, and The Full. When they meet, tai-chi emerges and Existence is created. Existence is Absolutely drenched in Consciousness – Soul.

Wherever there is an inside and an outside to any “thing”, consciousness is contained as Divine Intelligence within that “thing” (body).

The “Causal Body”, before tai-chi, is the Tao that can’t be named. ZERO.

When Everything and No-thing meet (Spirit), TE (Creation or Existence) emerges. The seed of All Things matter-realizes.

All things have ONE origin. What emerges as your body, which most people mistake for “themselves”, would dissolve back into it’s elemental nature were it not for soul or consciousness.

The Spiritual realms are exemplified as ego when the vibration of tai-chi creates shape, form or substance. The word “matter” comes from the root word “Mother”; mother carries the seeds of self-expression and the Father unfolds them, which soul infuses them with intelligence; intelligence is unique to each seed-form.

Just as water can be ice (low notes), or be heated to the point of becoming gaseous atmosphere so find you can’t see the water molecules any longer (Higher mental), space (ether) carries all possible vibrations in a spectrum ranging from zero-empty or absolute stillness to zero-full – the highest vibrational state reaching infinity.

To understand infinity, take a circle and twist it once and you have a self-sustaining circuit.

Ask yourself, “If I listen to anything other than silence, can I be listening to the TRUTH, or am I worshiping puzzle pieces or a piece of the pie?

If your answer is the rational one, the logical one, and not the voice of your shadow, then to the degree that you are congruent with our own realization, you now know exactly what it means to practice soul-union! There is no higher, more effective, more efficient means of Self-Realization.

There is much more that I’d like to say, but for the sake of leaving you in a place of Self-Realization, in meditation, in practice, I won’t give your shadow anything else to chew on today. Let’s continue tomorrow!