Shit Stepped In is Food!

I had another very busy day yesterday with clients and business meetings, seemed like I didn’t stop until about 9pm. Ahhhhhh, such is the life of a creative man like myself 🙂

This week I’ve got clients here from out of town everyday, so this morning I didn’t want to add more stress, and thought you might like my Tao-Te-zen: Shit Stepped In is Food! 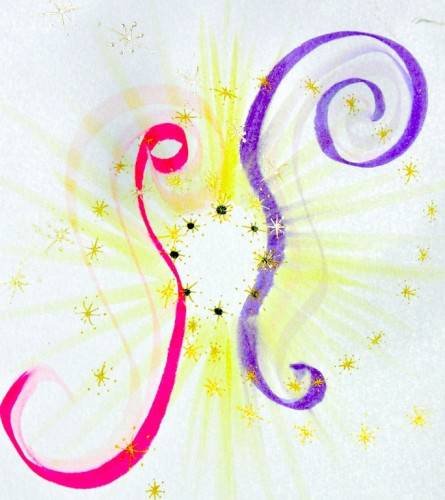 Love is a giving followed by release
Yet if love is the beginning
What else but love could the end be?

TAO TE zen is one of seeing and honoring
The whole chain of being.

Soil becomes grass, grass becomes cow, cow becomes man
All return to the soil
Both on the way
And on that final day

“Shit Stepped In Is Food” is a metaphor and the metaphor is as follows. Most people don’t like stepping in shit. It is considered to be foul, to be nasty, to be dirty, and to stink.

Yet that is only a physical representation of the word shit. Shit is the byproduct of the digestion and stimulation of one form into another.

What becomes shit usually begins as food in the physical sense of the expression.

So the Sutra, “Shit Stepped In Is Food” is really a zen approach to saying that whenever we meet challenges in relationships, there is an opportunity to grow.

I’m confident that most anyone listening to me now can reflect on experiences in life where they’ve “stepped in the shit” so to speak, and it produced a very valuable growth and development experience.

For example, a young person who is new to the workforce may step in the shit by showing up late to work frequently enough to get fired. Yet that experience may be just what they need to develop the virtue of reliability.

To the degree that one who gets fired for being late from stepping in the shit is able to develop virtueâ€”shit has become food.

That is what this Sutra is really offering. It’s an offer to look and see where you have stepped in the shit and whether or not you have been able to effectively convert it into foodâ€”food for growth.

It is also true that we are most able to be authentic guides for people when they have or are about to step in the same shit that we have stepped in, in the past.

Through authentic experience, we can empathically relate to the other person and give them an accounting of what happened to us when we stepped in the shit they’re about to step in.

For example, I routinely counsel people who are having problems in relationships, and maybe for example they have the desire to cheat on their spouse.

So I explain to them how they are about to step in the shit and what the outcome may be, and how they can take that the end of that sentence which says, “both on the way and on that final day”, which means everything that you ingest physically, emotionally, or mentally as any experience is transformed.

Food becomes feces on the way and on the final day when you leave your body, the body is absorbed back into the earth as organic matter just like poop.

We finish the Sutra practice with “Zen is the practice of awareness; awareness that the circle of life has no beginning, no end.”

The point of all spiritual practice is to quiet the mind, and in silence we come to realize the truth that there is no beginning, no end, no you, no me.

The source of life is eternal.

Wu Chi and Tai Chi are like opposite sides of a coin, heads and tails.

Therefore, that which is in the middle, which is equivalent to the word TAO, the middle way, gives rise to that which is perceived as a positive or heads, a negative or tails, yet is neither of them at the same time.

That is the nature of unconditional love. It is neither heads nor tails; yet eternally gives birth to eitherâ€”and one creates the other.

Because unconditional love is as a zero, any expression of something, which would be positive, must have a negative image because the truth is zero. So all positives have to be counterbalanced by an equal, negative to return to the resting state here referred to as silence.

So that brings us back to a sort of a reorientation or an in depth explanation of the final line of our Sutra practice, “Zen is the practice of awareness that the circle of life has no beginning, no end. That is zen.” The term “That is zen” zen is referred to as the most efficient way by D.T. Suzuki, a well-known zen author, authority.

The most efficient way is essentially wei wu wei, action without action, doing not doingâ€”that is zen.

My wish for you is that you become aware of your own patterns of thought or behavior before you step in shit again; and if you do, use your experience to transform yourself and your life.