Happy Thursday to you!

It’s been lovely having three days off to rest in my garden and do art after a month on the road!

I came to the office today to get my computer set up and download everything from my travels, as well as get a good deadlifting session in. I did that.

Now that I’m home, I thought I’d share a few photos from the Barefoot conference I didn’t have time to post yet. 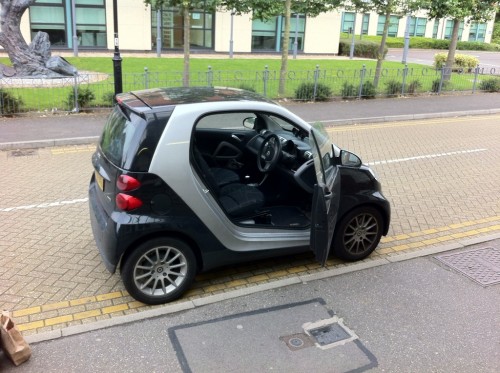 This is Matthew Wallden’s Smart Car. They are just now getting into the US. I saw one on the highway just before I left on my trip for the first time. They are cool little cars that are quite fuel-efficient. You can almost just pick it up and put it in a storage locker! 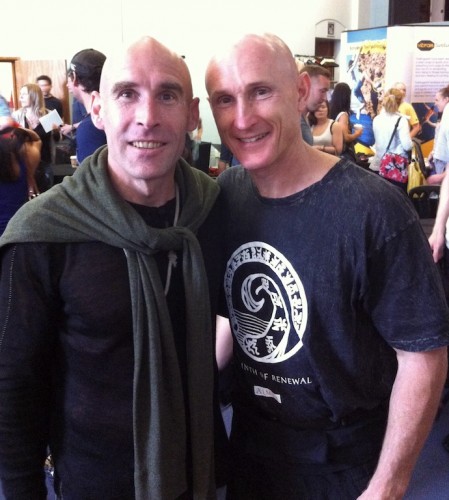 As I shared in an earlier blog, one of my greatest pleasures of my trip was getting to meet and spend some quality time with Barefoot Ted. This photo was taken at the conference and Ted and I had run into each other on the lunch break.

We were both laughing because people kept coming to him thinking he was me and asking him all sorts of CHEK questions and they were coming to me asking about all sorts of running stuff thinking I was Ted.

We had a good giggle over that one. We thought it was cool because we could both be body-doubles for each other, but in the end, we realized that wouldn’t work because both of us are burned out on traveling! We’ll have to find a younger version for that job! 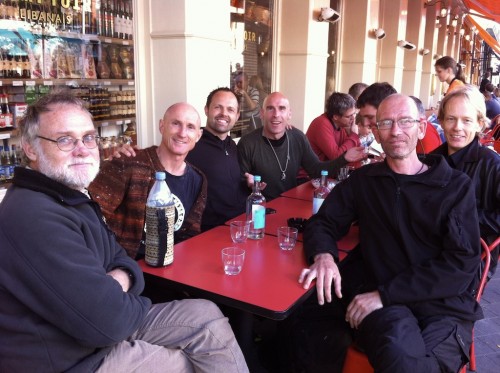 Here I am with some of the presenters, businessmen and friends having dinner after the conference was over. We were all celebrating because it was a beautiful conference. I was really happy to be able to participate with so many open-minded, brilliant individuals.

I’ve had many presenters around the world tell me you can always tell who the CHEK Practitioners are because they look very healthy and ask the toughest questions! I love that! 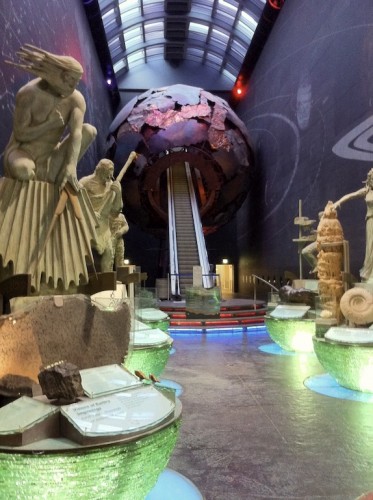 The Barefoot Conference was held in London’s famous Natural History Museum. I took this photo because I thought some of you may want a glimpse into this famous building. It’s really quite a cool place.

MY ART THIS WEEKEND 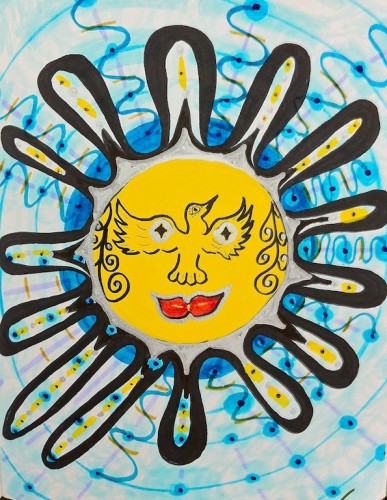 This weekend, I was studying a beautiful book on Sufism that Vidya so kindly gave me on my return home. I find the Sufi teachings very inspiring, and wholesome. The book has a lot of beautiful Middle Eastern art in it. This vision of the World Soul came to me so I drew it.

Sufism was quite influenced by the teachings of Plotinus, who is definitely one of my favorite philosophers. I’ve studied his teachings quite extensively over the years. Plotinus used the term “World Soul” to mean the Soul of the Universe.

In my drawing, The sun is surrounded by water and air, exemplifying it’s intimate relationship with all life on earth. The sun has a silver boarder, which exemplifies its relationship with the moon; the moon as much significance in Sufi teachings.

I have done several other pieces of art, but I’ll shave them for a rainy day!

Next week, Wednesday, July 11, 9am NSW I’ll be delivering a 1 hour L4D Webinar + 30 minutes Q&A for the South Pacific (Australia & New Zealand) Market. If you are interested in attending please contact Place of Chi to register.

I hope you all have a lovely day and that you create time for a peace-point along the way.