Happy Friday to You!

Welcome to Friday and hopefully the end of your workweek and the beginning of a weekend of joyous rest and play.

My day was full yesterday. I didn’t have time to work-out, so I devoted myself to great tai-chi sessions both morning and evening. 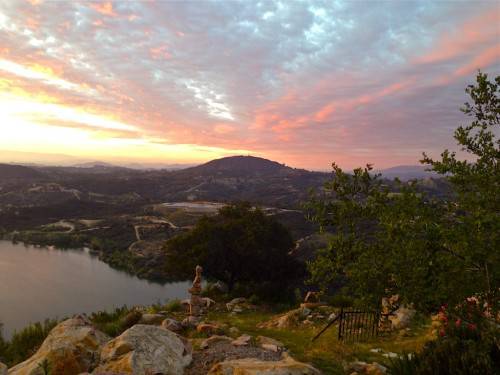 I have a full day today too, but look forward to getting a nice massage and steam tomorrow!

I’ve also just purchased a new infrared sauna that I’m testing for detoxification and rejuvenation purposes. Penny, Vidya and I did a fair bit of research into them, and settled on the best one. As I test it, I’ll inform you of my findings.

If I love this particular make and model as much as I suspect I will, the company has agreed to let my blog readers, students and instructors have a special discount since detox and recovery support are so integral to the CHEK Living Philosophy.

I have tested many products in the past, but sadly, most of them were not nearly as good as proposed in the marketing and so-called “scientific validations”. As you can imagine, I get a LOT of people and companies wanting my endorsement, but it doesn’t come easy.

I feel my reputation is only as good as my referrals, so for the benefit of all that value my opinion, I keep a tight rein on who I give a green light to.

That leads us to the next part of my blog today:

Dave Rogers forwarded this very important summary of an article, which I’ve let a link to below:

United States President Barack Obama has signed a bill into law that was written in part by the very billion-dollar corporation that will benefit directly from the legislation.

On Tuesday, Pres. Obama inked his name to H.R. 933, a continuing resolution spending bill approved in Congress days earlier. Buried 78 pages within the bill exists a provision that grossly protects biotech corporations such as the Missouri-based Monsanto Company from litigation.

With the president’s signature, agriculture giants that deal with genetically modified organisms (GMOs) and genetically engineered (GE) seeds are given the go-ahead to continue to plant and sell man-made crops, even as questions remain largely unanswered about the health risks these types of products pose to consumers.

In light of approval from the House and Senate, more than 250,000 people signed a petition asking the president to veto the spending bill over the biotech rider tacked on, an item that has since been widely referred to as the “Monsanto Protection Act.”

“But Obama ignored [the petition],” IB Times’ Connor Sheets writes, “instead choosing to sign a bill that effectively bars federal courts from being able to halt the sale or planting of GMO or GE crops and seeds, no matter what health consequences from the consumption of these products may come to light in the future.”

James Brumley, a reporter for Investor Place, explains a little more thoroughly just how dangerous the rider is now that biotech companies are allowed to bypass judicial scrutiny. Up until it was signed, he writes, “the USDA [US Department of Agriculture] oversaw and approved (or denied) the testing of genetically modified seeds, while the federal courts retained the authority to halt the testing or sale of these plants if it felt that public health was being jeopardized. With HR 933 now a law, however, the court system no longer has the right to step in and protect the consumer.”

If the president’s signature isn’t all that surprising, though, consider the genesis of the bill itself. According to an article published Monday in the New York Daily News, US Sen. Roy Blunt (R-Missouri) “worked with Monsanto to craft the language in the bill.

In case you don’t get time to read this important (short) article, I’ve put the last concluding point of the article, and a comment from Seattle attorney Bill Marler, who has represented victims of food borne illness in successful lawsuits against corporations.

It sets a terrible precedent. Though it will only remain in effect for six months until the government finds another way to fund its operations, the message it sends is that corporations can get around consumer safety protections if they get Congress on their side. Furthermore, it sets a precedent that suggests that court challenges are a privilege, not a right.

“I think any time you tweak with the ability of the public to seek redress from the courts, you create a huge risk,” Seattle attorney Bill Marler — who has represented victims of food borne illness in successful lawsuits against corporations — told the New York Daily News.

This kind of news is – unfortunately – not such good news for any of us, but the select few rich people that seem to have a lot more money than common sense! The sad part is that the President of our country seems to be happy to impersonate a man of wisdom, yet has now showed us over and over that we have not government – we only have a corporate headquarters.

That said, Confucius once said, “the government always reflects the people”

There is deep truth there.

Every penny you spend on products and foods that are produced in ways that are dangerous to our inner-environment (body-mind) or our outer-environment, you are voting! You are doing EXACTLY what Obama is doing.

It is normal for human beings to wait until one of their children is dying from cancer, or until they have a serious disease, or until they hit bottom in their life to begin to make intelligent changes.

We already have almost 2 Billion people on this planet that can’t get clean water, or enough water to drink on a daily basis.

We already have thousands upon thousands of dangerous chemicals in our food supply, and the grand majority of them DO NOT NEED TO BE THERE.

Many of the chemicals you eat every day, or that enter your body, are chemicals that have nothing to do with the actual function or quality of the food or product. They are there to create physical “sensations” to addict you, and that act on you emotionally.

This has been done so much, that now, most people won’t even use products without these agents in them.

For example, the only reason your toothpaste foams is because foaming agents have been added. It does NOTHING to improve the quality of the cleaning, but is just one of a sea of examples I can give to show you how we get sucked into these corporate games, and then get addicted to them by habit formation.

I’ve known at least two people that manufactured organic, high quality natural tooth pastes, but couldn’t sell them because people were addicted to junk – yet they keep complaining about all the illnesses and diseases they are getting like it’s something “happening to them”. 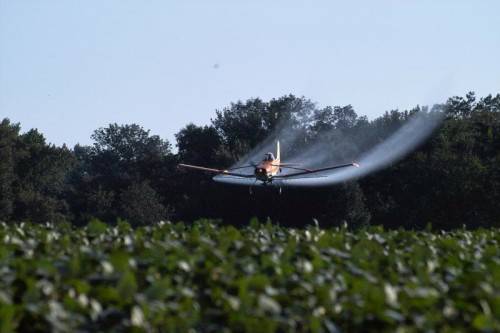 Chemical corporations are some of the biggest influences on government, and all aspects of your life. They are highly invested in keeping you of the mind-set that you need all these chemicals, and worse yet, that they are safe!

As an example, there has been radio wave based technology that was more successful than chemicals for killing plant parasites for a good 30 years or more, but the government confiscated it from the inventors, claiming it was a national security risk!

The real truth is that when they started offering their services to de-bug farmer’s fields at a fraction of the price they were paying for chemicals, the chemical corps got wind of it and sicked the government on them!

I could write for days on similar situations in many fields, including the use of electricity, which you SHOULD NOT HAVE TO PAY FOR! We’ve had free energy technology since Tessla, but it has been kept under lock and key by big money people and their corporations.

A man developed a carburation system that would work on any standard car engine and would allow a V-8 engine to get up to 200 MPG. He was immediately sued by several major car manufactures and his patent was stolen, suppressed, killed!

That was a good 20 years ago!Think of all the money made on excess fuel consumption and the costs of the environmental impacts of that one corporate/government intervention alone!

These beautiful children are the children of Tara Rota and Danny Coster. Tara is a CHEK HLC3 & CP2 Practitioner and Danny is an executive. They, like many others living the CHEK approach to healthy living, have done an excellent job to raise and feed their children organically, naturally, to give them the best shot at a fulfilling life.

When we take the time to go to local farmers and seek out quality food raised ethically and sustainably, we put energy and money back into the earth, the environment. This creates the natural reciprocity that nature requires. Without it, there is going to be, and there are, big problems.

We can all do this for our children if we can’t do it for ourselves! The future of the planet and life as we know it, is at stake.

You will probably never see a real president who truly cares about the health of its citizens in this country in your life time, but you can see one in the mirror each day.

Be the executive you dream of as your president in the domain of your own life, and your use of money will do the voting for you when you buy from reputably conscious and socially responsible sources.