HAPPY THANKS GIVING DAY TO YOU!

← EXPERIENCING SOUL THROUGH MIND MY MOM IN THE NEWS → 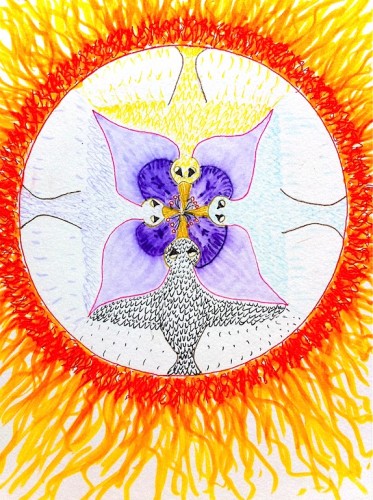 I hope your Thanks Giving day is Beautiful!

We all have so much to be thankful for.

Though this is certainly a great day to be conscious of all the people, animals, plants, and nature’s contribution to our lives, there are some challenges we now face as a world community that are also something to be thankful for.

Though it may sound strange, I’d like to list some of the things I’m thankful for today in hopes that you will join me in giving thanks:

1. I’m thankful that human beings are becoming more aware that we are devastating the planet and killing Mother Nature at an unprecedented pace.

Though most media outlets edit the truth adequately to maintain their corporate agendas, the internet has allowed anyone willing to know the truth to find it.

In being willing to know what’s happening to nature as a result of social passivity, we can become “aware” of how we can contribute to Her healing.

Though most don’t conceive that anything they may do will make a difference, and continue as though nothing is wrong because they can still go to the store and find food, or turn on their tap and have water, if those same people each committed on act of kindness toward nature each day, the combined healing effect could be massive.

For example, we are all aware that there are water shortages in many regions of the world resulting in a huge number of people not being able to meet their survival needs.

Imagine for a moment what would happen if everyone in a country the size of the United States decided to not flush the toilet when they’ve only peed in it (If it’s yellow, let it mellow – if it’s brown, flush it down).

With about 300 million people doing just that, we could save enough water to change the lives of an entire third world nation’s living experience for a day.

What if your little act of conserving by only one flush allowed a mother to cook some cereal for her children?

What if your little act of conservation allowed enough water for someone to clean their wounds, or for a medicine man to make a herbal medicine for someone who’s really sick?

What would happen if every car wash in the US stayed shut down one additional day each week?

What would happen if people with big yards shut down their sprinklers for just one day a week?

2. I’m grateful that the truth about governmental mismanagement of funds, resources, and agendas is coming to the awareness of people worldwide.

Though there are certainly some challenges ahead in this regard, if we see the potential crisis as a “healing crisis” that will ultimately create a truly fair trade system for all, then today is a good day to be thankful that change is coming.

3. I’m glad that the truth about the miss-use and abuse of military power (particularly by the US and England) is becoming public knowledge.

We can’t change a problem we are unaware of and now we are all able to be aware if we choose to.

By making it clear to governments that we no longer want to invest massive amounts of money into defense systems that only threaten other countries and encourage them to invest in battle, we can become part of the solution.

4. We are now more aware than ever of the dangers of abusing fossil fuels and trusting that people that build nuclear power plants are being safe and honest with us!

We can all reduce the worldwide toxic burden by exploring free-energy devices and systems, for which there are many.

There have been many effective means of cultivating free electricity for some time, but most are suppressed by large corporate interests and the governments.

Nikola Tesla developed methods that would have allowed the possibility for free energy if handled properly; or at least energy at reasonable prices.

If we actually put the available technology to work that we have in regard to solar cultivation, kinetic motion, windmills, bio-energy from bacteria and other organisms, etc, we could reduce the burden on the planet and our pockets.

This would be a huge healing force in nature and would allow us to have much more money to “live” with instead of being caught in an energy monopoly that’s only furthering the disease of social and planetary destruction.

5. We are now more aware than ever that modern medicine is NOT a health care system, but a disease maintenance system!

We have more evidence than you could ever read in a lifetime that prescription drugs and the number one cause of death, even more so than any diseases.

We now know that most of what is ailing us results directly from lifestyle factors.

We can all be thankful that people around the world are becoming more educated as to the healing power of natural medicine approaches, which depend on a healthy environment for their nurture.

If we all give thanks for the opportunities we still have to take responsibility for developing a healthy relationship with our bodies and our minds, we can heal individually.

Each step we make as individuals heals a cell in the organism called “humanity”.

6. We are more aware than ever that our industrialized approach to education isn’t working.

Our children are graduating high school with a very low level of functional education and almost now awareness of the importance of exercise in their lives.

We can all give thanks that Rudolf Steiner created the Waldorf school system, which is incredibly effective for teaching children how to be authentic, creative individuals.

The Waldorf system teaches children all the essentials about how nature works and cultivates an open-minded approach to learning.

By studying the available school systems that do work, we can all choose to encourage government to make upgrades that will allow our children to learn instead of being part of an institutionalized babysitting system that ultimately teaches them not to think for themselves.

7. We can all be grateful that the world at large is becoming more and more aware that what is currently referred to as “religion” is the largest, most profitable, and in many ways, the most corrupt business system in the world.

With the use of modern technology, we can all share in the wisdom of all ancient spiritual traditions and learn from each other.

We can be grateful that there are people putting themselves at risk every day to share the truth of what God is. Only be becoming aware of what God (Consciousness) is can we ever cultivate an authentic personal relationship with Spirit.

Today we can all be thankful that we can choose to develop a relationship with the Intelligent Creative Force that created the Universe and all in it, and in so doing, cultivate our own spiritual relationship.

We can grow to the point of agreeing that religiously motivated warfare is a symptom of not understanding the basis of religion and choose to live and practice in a way that is life affirmative for all.

Since today is one of the biggest days of “over-consumption” in the US, I thought I’d share these summary points of an article that just came out in The Ecologist’s news letter discussing the damaging effects that high protein diets is triggering world wide.

As you can see by the bullet points below, we are eating our way into personal, professional and spiritual poverty, largely based on our willingness to believe what others say and our unwillingness to cultivate a healthy relationship with our own body-minds.

In my career, I’ve been a therapist to literally thousands of people with health challenges ranging from aches and pains, to illnesses and diseases of all types.

The number of times I’ve found clients eating far too much meat for their biological needs is uncountable.

Among those that are not over consuming meat, there are may still experiencing illness and disease as a result of the toxicity of the animal flesh they are eating.

This is largely due to commercial, unethical farming practices and public miss-information!

â€¢ A Duke University study found that 68 per cent of Atkins dieters reported experiencing constipation, 60 per cent noted increased headaches, 38 per cent said they had bad breath, 35 per cent got muscle cramps and almost a quarter said that they felt generally weaker while on the diet.

â€¢ An estimated 3,500 seals are killed in Scotland alone each year as they are considered a threat to farmed salmon

â€¢ According to the Land Institute, if everyone switched to high protein, low carb diets, an extra 250 million acres of farmland would be required just to produce feed grains.

My dream is that each of us does our best not to be wasteful with food on this Thanks Giving day.

By sharing our left overs with others less fortunate (there are many in every city in the world), recycling, and composting, we can choose to make today the day we all being practicing better, life affirmative habits together.

Thank You all for being interested in my perspectives on life and all that I share on my blog and through my teachings.

As I so often say, I don’t expect you to believe me or agree with me, but you will never know if I’m telling you the truth until you “try it”; the side effects of what I teach are health.