Happy Monday to You!

I hope you had a restful, or at least “enjoyable” weekend.


I did some great relaxing activities, like playing in my rock garden, watering my fruit trees, napping in my yard, working in the garden here at work, taking IR saunas with my Health Mate IR sauna (Health Mate IR Sauna), reading, studying food fermentation, and watching movies.

Today, I have a way of perceiving your life, religion, and our experience together in the world that I feel inspired to share with you.

It is based on the Aboriginal philosophy of life and living, and sheds light on the fact that what modern western science referrers to as “primitive people” may indeed be a primitive view of primal wisdom. Today, I’m drawing inspiration from one of my favorite books, Voices Of The First Day, by Robert Lawlor. 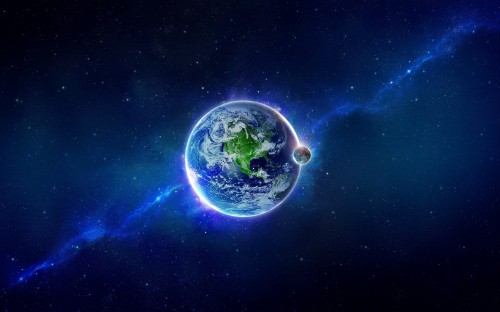 People of the earth today, particularly the westernized regions of the world, continue ceaselessly in their search for both meaning to their lives and God.

Our social and linguistic conditioning is such that we have been infected with the perception of separation. Even when the word God means All, Whole, Omniscient, Omnipresent, etc., we act as though we don’t trust our own language, clearly depicted by:

•    Our constant search for something outside ourselves that we can conceive of and perceive as The Creator.

•    Our constant use of terms and actions that separate us from each other and life; we speak of “nature” as though it is “out there”, while we destroy the earth as if it were merely a destination, a cheap hotel with an invisible cleaning service that just picks up after our antics.

In Voices Of The First Day, by Robert Lawlor (p.240), we gain a different perspective:

Aboriginal and western thought share an interdependency of time and space, but our deep yearning and spiritual search for the elusive “present moment” and “eternal life” seems of no consequence to the Aborigine.

For the Aborigines, the present moment and eternity have been physicalized as place. One is alive in the moment by being utterly grounded and centered in space.

There is very deep, healing wisdom offered in these words, words from a people that only someone with primitive thinking would call primitive; what should we call people that know they depend upon water, earth, plant and animal for their own existence, yet consume and destroy their infrastructure (the earth) while at once building iPhones and smart bombs?

What do we consider those that claim religion, but are among the most aggressive at killing those of other religions, when the underlying principle of all great world religions is “love”?

“For the Aborigines, the present moment and eternity have been physicalized as place.”, we see the words of a living philosophy clearly grounded in reality. They knew that “now” was “now” regardless of where you were. If you were dreaming, you were “dreaming now”. If you were eating, you were “eating now”.

We should inherently understand that God as God must be the source and sum of Creation; as such, to try and measure or objectify God would be akin to expecting a ruler to measure itself, a scale to weight itself, or an eyeball to see itself.

The present exists in our experience as a space-time reality, even if it is imagined.

It is obvious that you are reading this blog because I suspect you are “awake” as you read. You are in space and time.

If you dream that you read my blog, you still perceived of yourself through your own projection to be doing what you are doing right now.

Though there may not be a tangible physical place, your perception is wanting of space and time, without which, one can draw little meaning; information must have something to “in-form”, or experience can’t be perceived, eliminating the need to distinguish “now” from past or future.

When the Aborigines say, “One is alive in the moment by being utterly grounded and centered in space.”, they are implying that if you are here (in your car driving), but you mind is “out there” thinking of all the things you need to get done, you are not alive.

One part of you is living in the world of mind, which is intangible in absence of a physical medium of exchange, a medium by which thought can in-form.

And what do we see happening at a dangerously increased rate when people are driving and talking on phones…car accidents and deaths; not being utterly grounded and centered in space = not being alive.

In just a few words of Aboriginal wisdom, we can see that these people were not primitive at all. They walked the land for some 100,000 years and lived without destroying the natural balance of the land.

Their philosophy of sustainability, sexuality, child rearing, government, and conflict resolution was in many ways far more evolved that what those contemporary western religion, materialism, or agnosticism are practiced today as a dominant theme.

This is a beautiful day to stop the search for “ideas” and be utterly grounded and centered in the very space you are at now.

Witness the miracle of the grass being cut, only to grow back over and over again without complaint.

Witness the miracle of conception and birth.

Witness the miracle of growth and becoming.

Witness the miracle of form and substance.

Witness the miracle of emptiness and fullness, dancing, ceaselessly becoming each other, creating a physicalization of eternity as the very body, the very place you are, Now.

If God exists, there’s nothing else God could be expressed as but the Universe (seen and unseen). We are that. We are god looking at God – the part looking at the Whole; individuality celebrating Unity. We are all that was, and we are all that will be.

By being awake, and realizing that what we are, what we walk on, what we eat, breath and share can only be the physical expression of the Whole, we can stop looking for an idea, and become fully amazed with The Present.

For the outdoor enthusiasts, athletes, and those that want a body that works like a body should, the upcoming Barefoot Connections Conference June 22-23, 2013 looks like a great event.

I spoke at this conference (founded by Matthew Wallden, CHEK Institute Instructor) last year and it was very good. There were lots of CHEK Practitioners in great shape! Have a look, it may be just the vacation for you (and this is the time of year to visit England!)

To get a taste of last year’s conference take a look at the montage:

To Learn more about what’s on the agenda see: 2013 Barefoot-Connections