Happy Thursday to all!

Yesterday was supposed to be my day off, but I came into the office to work on a project.

I headed home in the afternoon to spend some time in my rock garden but I broke my own rule: Never move quickly in the rock garden ~ I split my finger open. Wow, I almost went into shock. A great reminder that when the mind is moving fast, usually the body is too!

Today and for the next 10 days, I’ll be teaching CHEK Level 4 here at the Institute. A great group of students, I’m excited to share my love and knowledge with them. As I can, I’ll post some pics of the class each morning so that you can see what we are up to.

I’ll resume my series on The Totem Pole at the end of CP4. 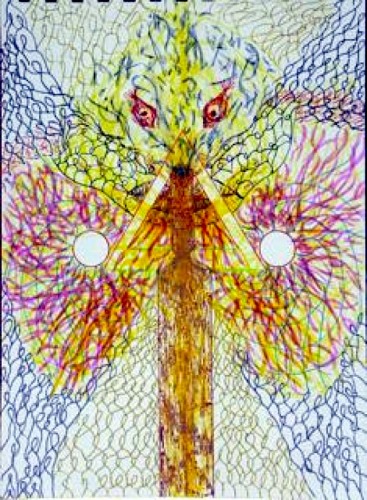 Infinite is the fireâ€”whose wood does not move,
Here they are dancing and playing games.

Flowers chase the flames
And feed them to their feet.

They seed you with their love.
It is something sweet.

Their balance stills the flames.

TAO-TE-zen practice is as campfire wood and pot.

Practice zen as a witness to all the ego’s flames.

Sweep the floors in quietude.

Give empathy and compassion to all with hurts and pains.
Zen is the practice of stilling
Ego’s inner flames.

The only way you can truly know who you are is to still that part of you which is the ego that aspect of “self-identify,” which is a fragmented aspect of mind. And mind itself can never know completeness, because to know anything you must have something else to compare it to.

So any thought is by nature incompleteness. If the mind thought wholeness, there would be nothing to think of, because the mind is the universe.

So if you were perceiving the entire universe at once, you would not be aware of the changes of a blade of grass or how much your child has grown. All things would be wrapped up together as once experience – past, present, and future.

So by practicing zen, you can explore both realities, and in so doing, it becomes very easy to see where the ego is creating division and separation from truth.

Where mind itself is just like a pot boiling on the stove, seething with options, and the rate at which these options are available to you, it becomes easy to witness the actions of the ego.

It’s easy to witness your mind if you drop a pea in a pot of boiling water and watch it dance.

Ladies and gentleman, that’s what we’re doingâ€”We are dancing in the divine fire.

It’s up to you to decide where you’re at on that scale of absolutely empty to absolutely full.

Paradoxically, enlightenment is reaching both ends of that scale at the same time, and in zen, balance stills the flames.

May your day be balanced as you are a witness to your own mind.