How do processed food companies get smart and healthy athletes addicted to junk food?

They take turns throwing money at sports teams starting from the very young amateurs in Little League baseball all the way up the ladder to high school and college teams.

By the time the few amateurs in their individual sports make it to the pro level, even the elite ones have a tough time walking away from lucrative sponsorships for food products and services (even the very few who never use them).

I spent a lot of time talking about that corporate style of brainwashing with former Olympian and organic restaurateur Kris Buchanan during our recent Living 4D conversation, the subject of this week’s blog/vlog. 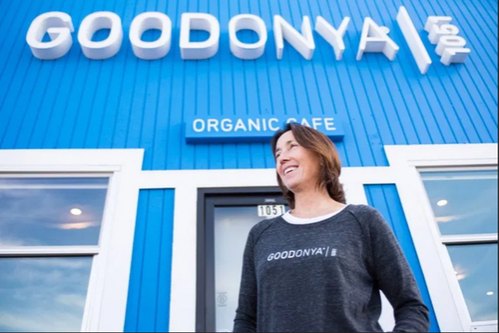 Kris drowned in this corporate nonsense when she was a member of the American field hockey team competing at the 1996 Olympics in Atlanta.

Inside the Olympic village, there were eight McDonald’s pop-up restaurants feeding some 10,000 athletes every day.

“You can spend three weeks at the Olympics in a little village, but eat McDonald’s,” Kris says. “They were full of athletes at their most critical times of their training, and they’re there eating muffins because it didn’t matter. It was just calories in calories out. That’s what mattered. That’s what we were taught.”

By and large, most people still believe in the fallacy that food = energy. And, they want to buy it like they do gasoline, at the cheapest price no matter what.

When our American president invites the top college football team in the country to the White House to celebrate their championship with boxed meals from McDonald’s, then markets it in the news media… The whole planet is in a lot trouble!

I hope you’ll enjoy this piece of my conversation with Kris, then download the rest of our conversation to listen on the go or watch it on YouTube.